This spring a lot of new handset models were unveiled and since now we’re approaching fall, it’s logical that they would suffer changes and get new color versions. Thus, we have the black Galaxy S III and today we uncover the dark silver version of the Xperia S. The handset is also destined for a slight upgrade, the Xperia SL, that will bump up the CPU and will come at IFA 2012. 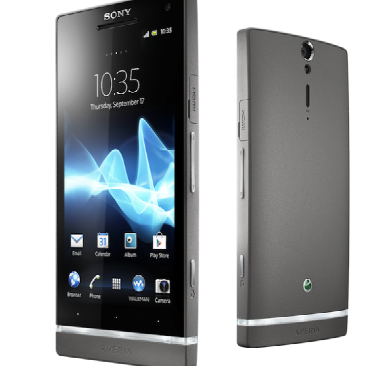 Sony’s dark silver Xperia S is actually a black/carbon device and it looks quite elegant, as shown in the picture in this article. Sony didn’t reveal when this model would be released, saying that we should keep our eyes peeled. I guess it’s safe to say that in about a month we should see it in stores. The device keeps the same specs as the regular Xperia S, including a 4.3 inch 720p display, a 1.5 GHz dual core processor, 32 GB of internal storage and a 12 megapixel camera with Exmor R technology, plus Android 4.0 ICS.

Sony Xperia S was a bit of a disappointment, because of its camera that we expected to be better and its capacitive keys that were hard to press considering we had to guess where they’re placed exactly. I hope they solved at least the camera issues, like autofocus delay and slow gallery loading.