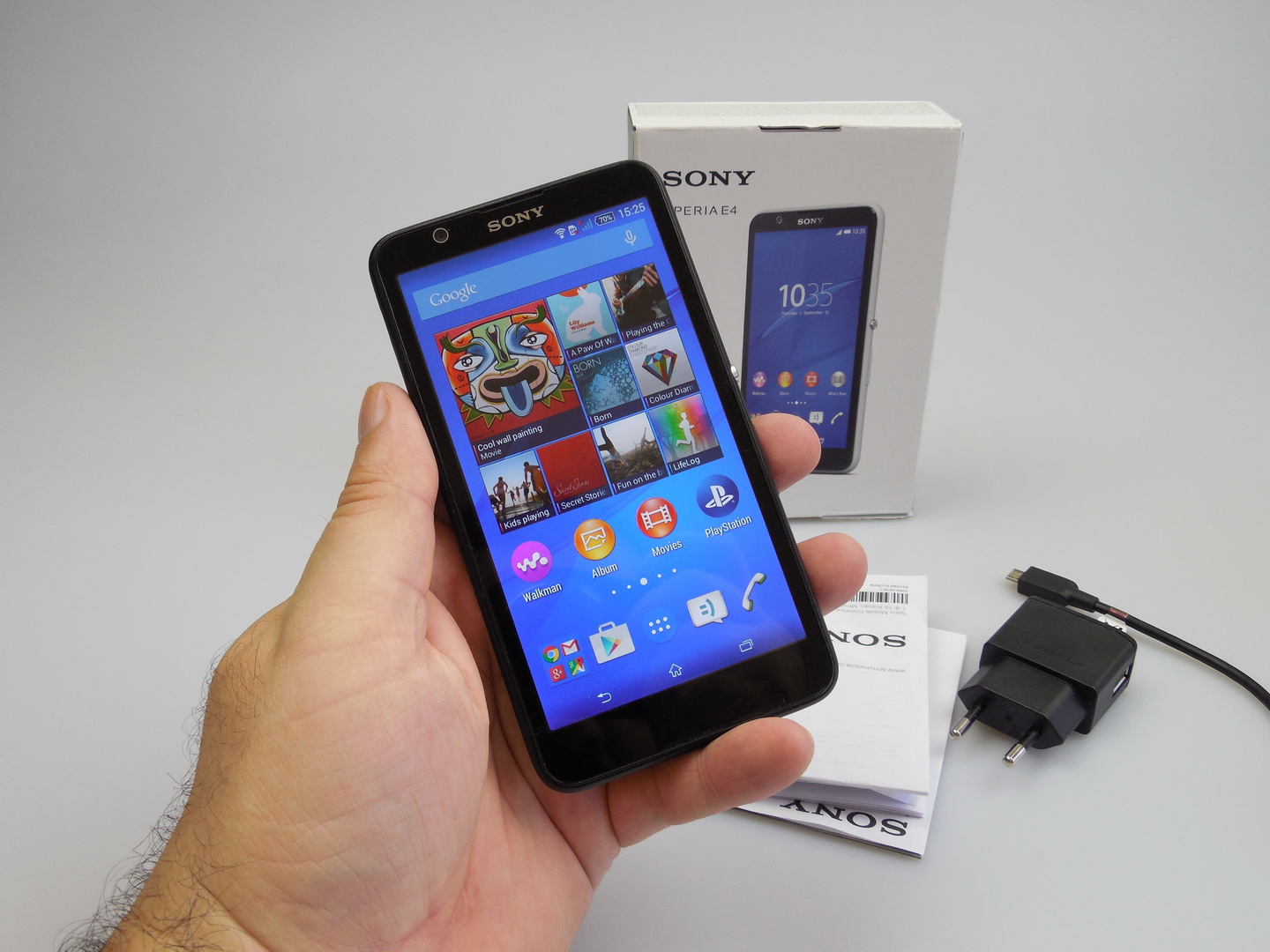 These days we’re playing with a Sony Xperia E4 and the E4g model here at GSMDome.com and below you can watch the unboxing of the E4. We’re dealing with a model that’s a 5 inch handset, priced at just $184 on Amazon India for example. 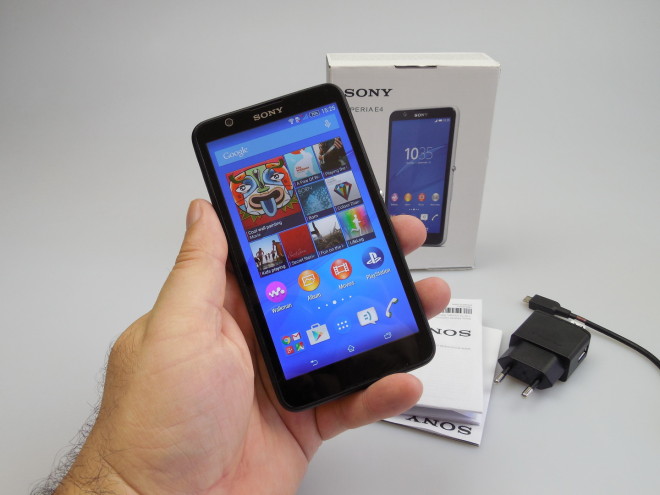 This is a low end device from the Xperia E series, one that was announced in February 2015 and launched in March 2015. Inside the box there’s the usual set of manuals, charger, a pretty short USB cable and a pair of headphones, that’s not exactly of the high end kind. This model measures 10.5 mm in thickness, weighs 144 grams, so it’s quite heavy for a 5 incher. 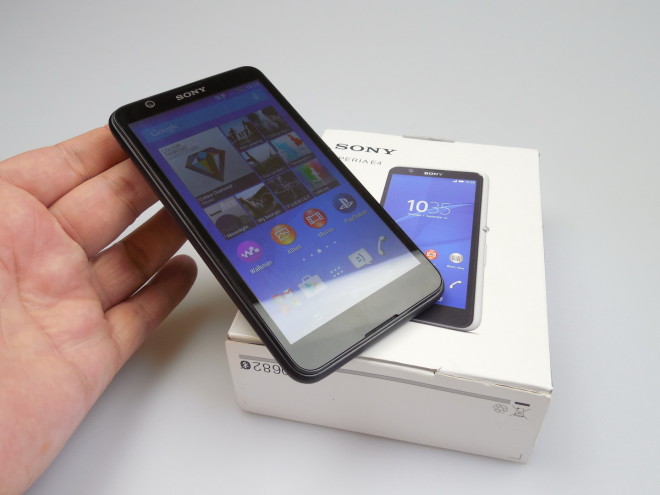 Its plasticky back cover is made of a relatively fragile and cheap feeling plastic. Below it there’s the micro SIM and microSD card slots and the battery is non removable. This handset offers a 960 x 540 pixel resolution and a quad core MediaTek MT6582 processor, clocked at 1.3 GHz. There’s also 8 GB of storage, 1 GB of RAM in the mix, as well as 5 MP back camera and 2 MP front shooter. 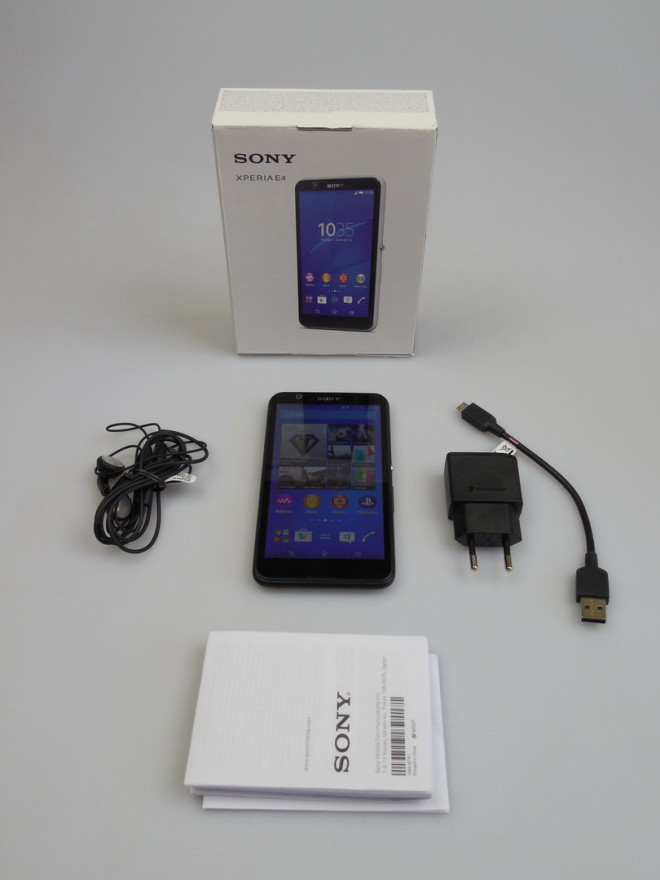