Sony has had a very busy year, releasing about a dozen of new phones or so and now we learn about yet another new model, the Xperia J. This model is also known under the codename ST26 and it was leaked by the Indonesian IT ministry. 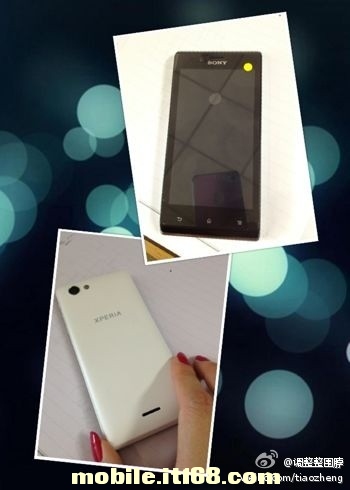 The handset’s benchmark was also leaked recently, giving away some of its specs. Don’t expect a major high end model here, but rather a midrange Android 4.0.4 smartphone. The leaked pictures from here are provided by IT168, that has a reputation of posted unreleased devices’ shots. The thing that you’ll notice immediately is that the phone lacks that famous round green logo, specific to the latest Sony/Sony Ericsson devices. It’s the “liquid energy” logo, that for some reason got misplaced.

Anyway, you should know that the Sony Xperia J is a midrange Android phone, with a single core 1 GHz processor, a touchscreen of unknown diagonal size and support for a 480 x 854 pixel resolution. No idea on when this model will launch or any price, but below $250 is a safe bet.