RIM CEO Thorsten Heins is certainly more optimistic than everyone in the world right, since most analysts and experts see RIM spelled rather as RIP these days. The lack of a new handset for about year now, lack of a new OS and delay of BB 10 OS sound like impending doom. However, Heins has plans for the future! 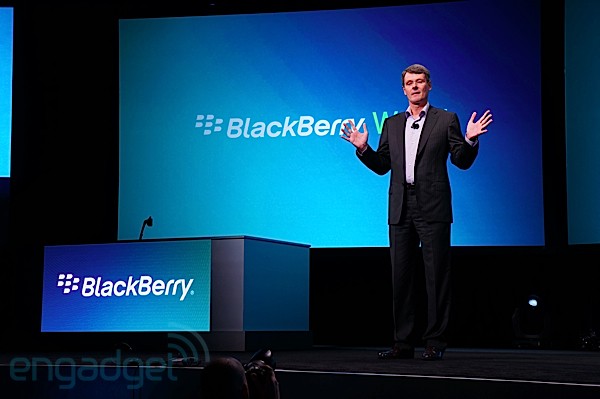 The CEO did a Q & A with the Globe & Mail readers and also sat down CIO’s Al Sacco to discuss what’s going on with the Canadian company. He mentioned that we’ll only have to wait a couple more months for BB10. The reason for the delay is apparently not the addition of extra stuff to the OS, but rather getting the software groups to integrate their efforts better. Thus, the core of the OS is ready, but it must be put through the finishing touches and integrated into the community/ecosystem.

Thorsten commits to the public out there and promises to deliver a viable product, the BlackBerry 10 OS. He calls the platform a high quality product and has high hopes for the first full touch BlackBerry with this OS on board. A media unveiling is promised for that month, so keep your fingers crossed!