Huawei had an impressive start of the year, unveiling a new generation of handsets at MWC 2012, but where are those models now?! They’ve mysteriously disappeared from the map, only to resurface with delays now. One of them is that Ascend D quad, that’s yet to be launched and the Ascend D1, that hits China today and Russia in August. 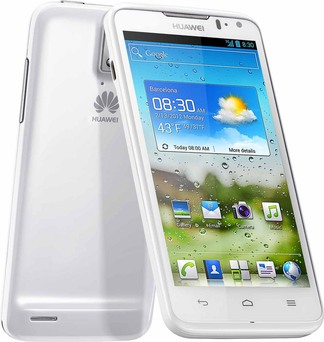 This is not a quad core phone like the bigger Quad brother, but it’s still describe as a “speedy all rounder” by its maker. It packs a 1.5 GHz dual core TI processor, Android 4.0 ICS stock and a 4.5 inch 720p IPS screen, as well as 1GB of RAM. The back of the handset looks very much like the one of the Samsung Galaxy S II and the lower part also reminds me a bit of the Galaxy Nexus. Other features include an 8 megapixel camera at the back and a 1.3MP shooter upfront.

1080p video capture and Dolby 5.1 Surround Sound are also available, as well as 8GB of storage and a 1670 mAh Li-Ion battery, A GPS, accelerometer, gyro, proximity and compass. Let’s hope that the price for this dual core smartphone will be reasonable.