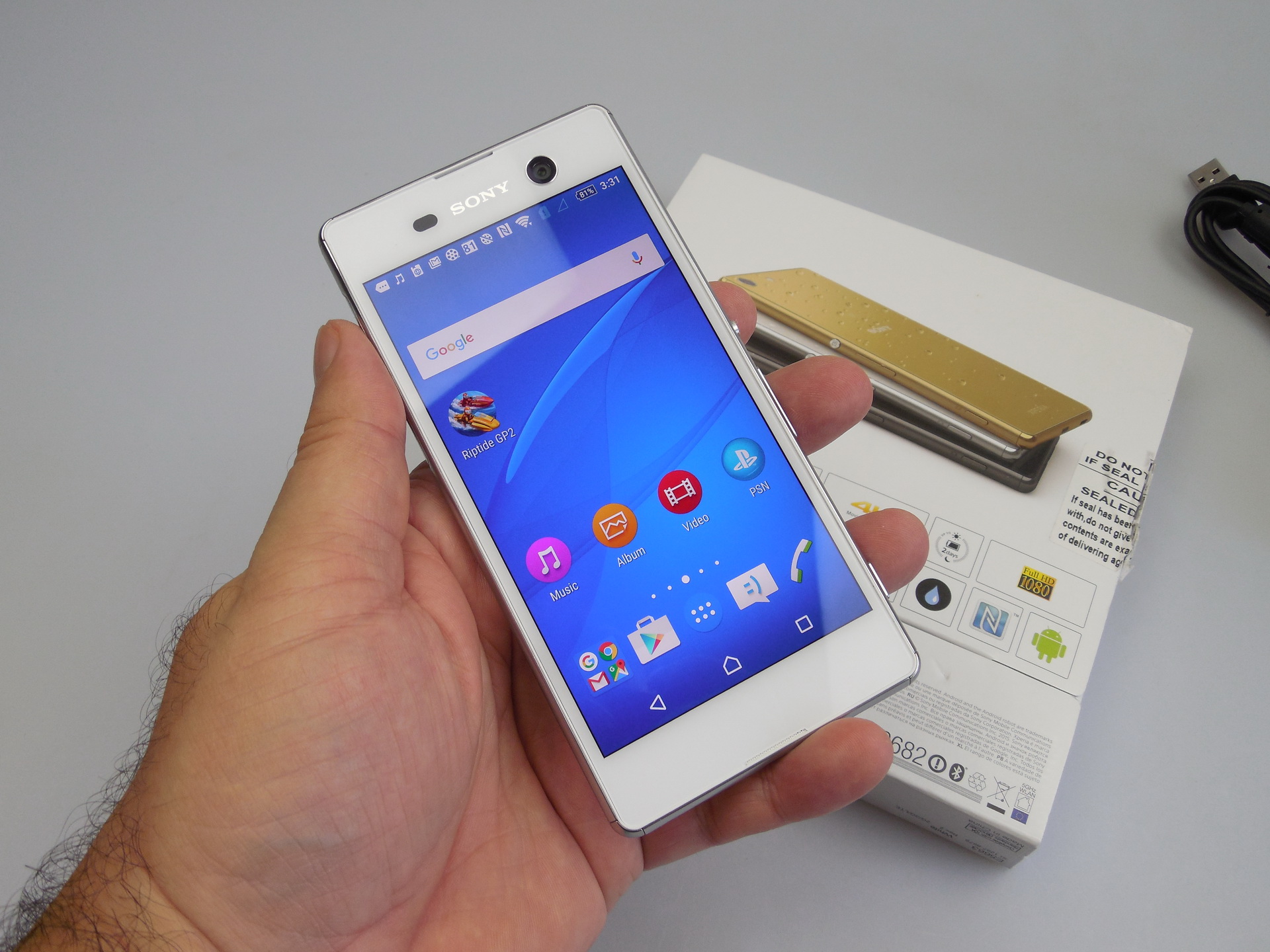 There are two things I find interesting about the Sony Xperia M5 Dual: its backwards box and the fact that it brings very solid cameras for a midrange to high end model. It’s also the very first phone with a 13 MP front camera we’re testing. And now let’s see the unboxing details! 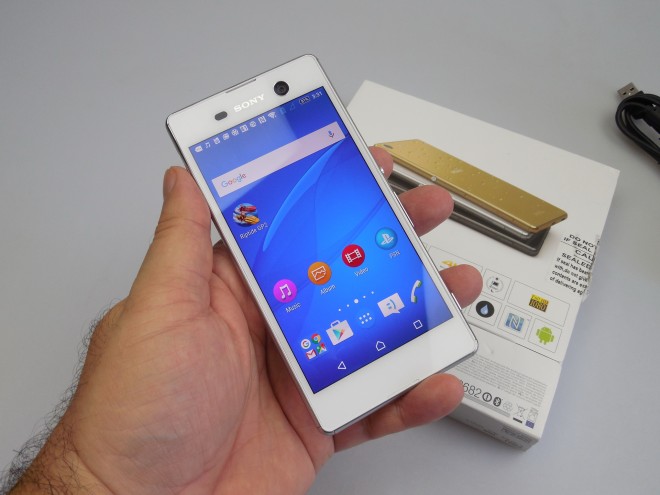 This model is priced at around $500, it was announced in August and launched in September. Inside the box there’s the manual, headphones, USB cable and charger. The smartphone comes in black, white or gold and it’s a waterproof handset, with midrange to high end specs. It’s basically a cameraphone, that borrows a pretty powerful camera sensor or two from higher end Xperias. 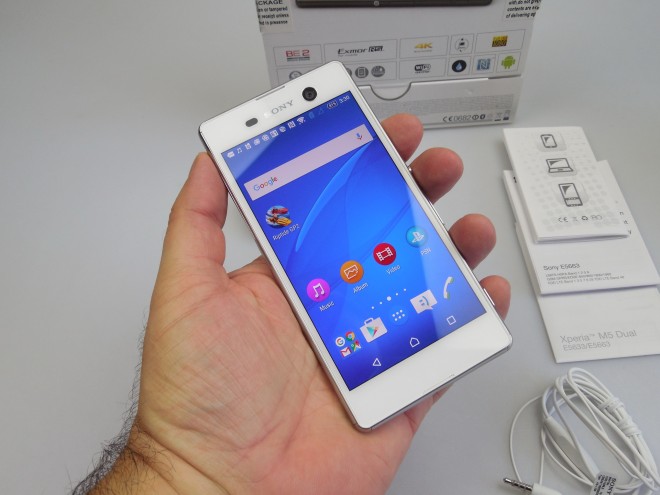 Xperia M5 Dual measures 7.6 mm in thickness, weighs 142.5 grams and packs a 5 inch Full HD display, plus a MediaTek Helio X10 processor, an octa core 2 GHz unit. The device has 3 GB of RAM, 16 GB of storage, a microSD card slot and a 21.5 megapixel shooter at the back, with hybrid autofocus and 5x clear image zoom, as well as 4K filming. LTE, Bluetooth 4.1, DLNA and NFC are also here, plus a 2600 mAh battery, that Sony promises to give you 2 days of functioning.

This is a Lollipop Xperia phone, that uses the typical Xperia OmniBalance design and we’ll give you more details about it once the review is done. 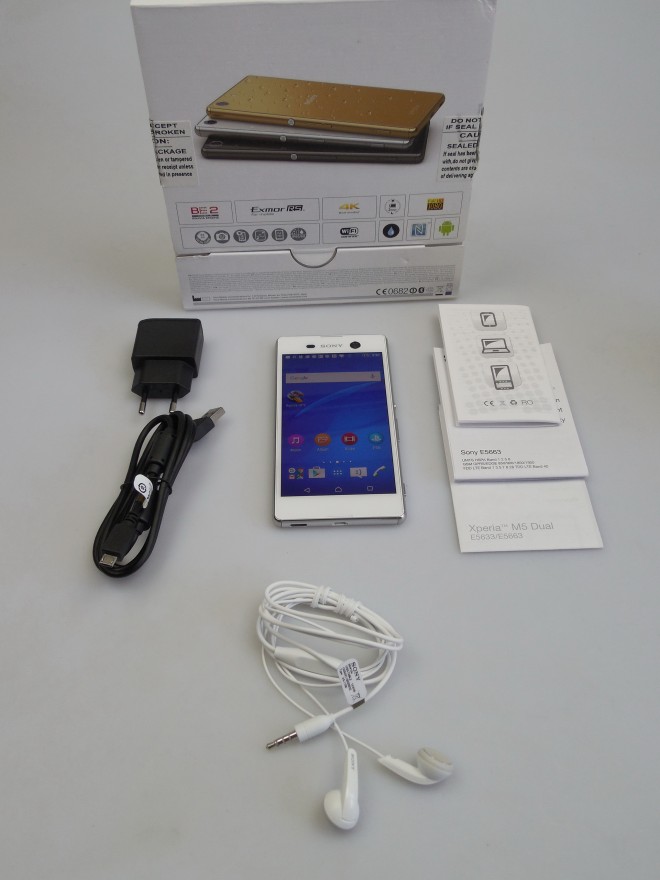 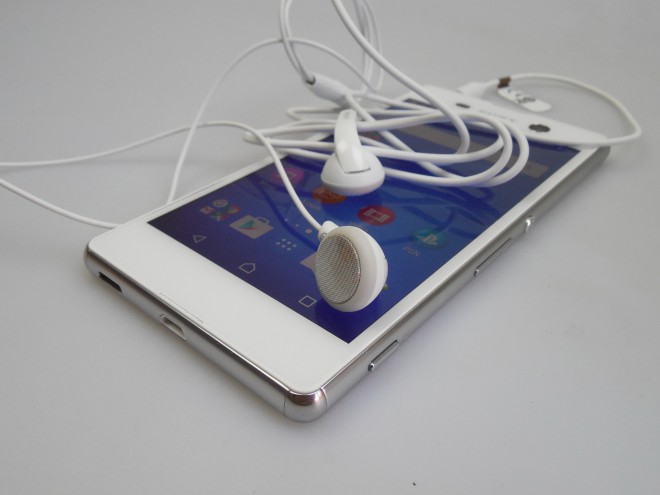