The Sony Xperia XP and Xperia L were officially announced a couple of days ago, but at that time we didn’t get any prices or launch dates, just specs. The Xperia SP 4.6 inch smartphone is priced at 320 quid and it’s expected to come in early May. 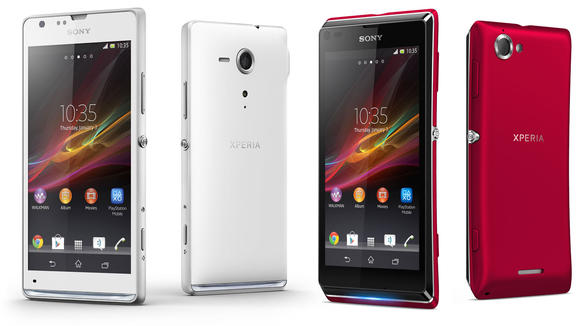 The entry level Sony Xperia L is priced at 233 quid, or 240 quid on Clove and Expansys. This model is coming at the end of April, at least on the UK market. Sony Xperia L is powered by the MSM8230 Qualcomm Snapdragon chipset with a 1 GHz dual core CPU and Adreno 305 graphics. Other specs include 1 GB of RAM, 8 GB of internal storage, a microSD card slot and a 4.3 inch 480 x 854 pixel resolution, plus an 8 megapixel Exmor RS sensor with HDR photo support.

The Xperia SP has better specs, that include a 1.7 GHz dual core CPU and Adreno 320 graphics. The handset comes with 1 GB of RAM, 8 GB of storage, a microSD card slot and a 4.6 inch with a resolution of 720 x 1280 pixels. At the back we’ve got an 8 megapixel Exmor RS camera sensor capable of HDR and 1080p video recording. There’s a 2370 mAh battery inside and the device will also have LTE.