Samsung Germany has officially announced that the new Galaxy Express i8730 LTE smartphone is available for purchase today in Europe, or better said Germany. This device is priced at about 489 euros, which translates to about $630, so it’s more expensive than the Galaxy S III, although its specs are clearly inferior. 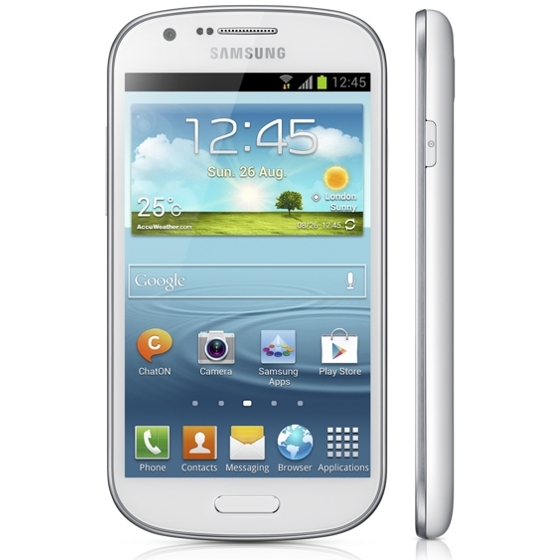 The product resembles the design of the Galaxy Express, the model introduced by AT&T in USA at the end of 2012. The European Express i8730 runs Android 4.1 Jelly Bean and packs a 4.5 inch Super AMOLED Plus display with a 800 x 480 pixel resolution, NFC, dual band WiFi 802.11 a/b/g/n and AGPS. We’ve also got GLONASS on board, Bluetooth 4.0 and a 5 megapixel camera at the back with LED flash and HD video capture.

Inside there’s a dual core 1.5 GHz processor, 1 GB of RAM and 8 GB of storage, accompanied by a microSD card slot. The power source of this model is a 2000 mAh battery and the smartphone measures 9.3 mm in thickness. The product is only available in white for now, but we expect it in colours on several European markets.