Sony has a lot of phones to show this year, so after unveiling the Xperia Ion and Xperia S at CES, they also showed the world the Xperia U and P models. Then came Xperia Sola and two new Japanese models and then the leaks of the Sony Tapioca and Hayabusa. And today we meet the Sony Xperia ST27i Lotus. 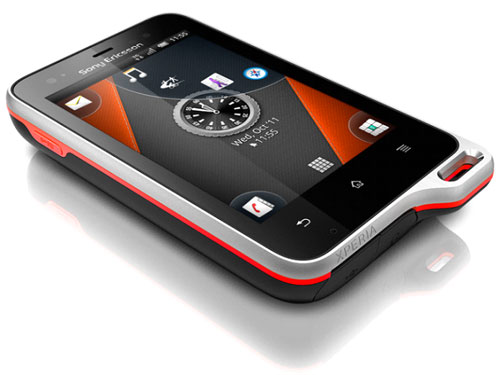 This model was uncovered by Unwired View, through some detailed leaked via user agent profiles on Sony’s website. The Lotus is supposed to be the successor to the Sony Ericsson Xperia Active. The Active was a rugged model that we’ve reviewed here at GSMDome for you. Xperia Active was known under the codename ST17i/ST17a and the newcomer adopts the ST27i/ST27a codename, showing it could be a follow-up. The “i” is supposed to stand for international, while the “a” for America.

As far as specs go, the leak mentions a touchscreen with 480 x 854 resolution, a ST-Ericsson NovaThor U8500 1 GHz dual core processor and Android 2.3 Gingerbread as the OS. We would have expected Android 4.0 here frankly, but if this model is as resilient as the predecessor, or at least prettier, it may be interesting even with the older OS.