The Sony Xperia Z1 Compact is the Mini version of the Xperia Z1, but only in size, since its specifications are top notch and very similar to the Z1’s. That includes the Snapdragon 800 CPU and 20.7 megapixel camera. We’ve got the Compact model on hand for testing and we’re detailing it below. 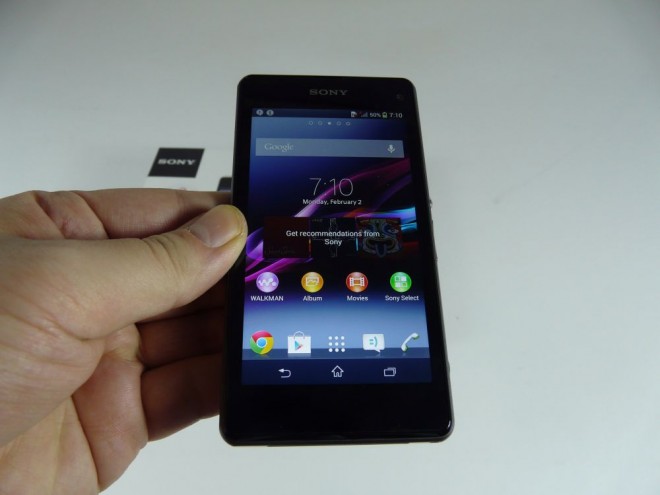 The Xperia Z1 Compact was announced in January at CES 2014 and it comes to us freshly after reviewing the Xperia Z1, that still feels fresh in our heads. The product is priced at around $700 in the UK, which is kind of a lot of a Mini on steroids. The box and accessories are very much like the ones of the Z1 and this smartphone is also waterproof, so it has the same lids applied to ports and slots. 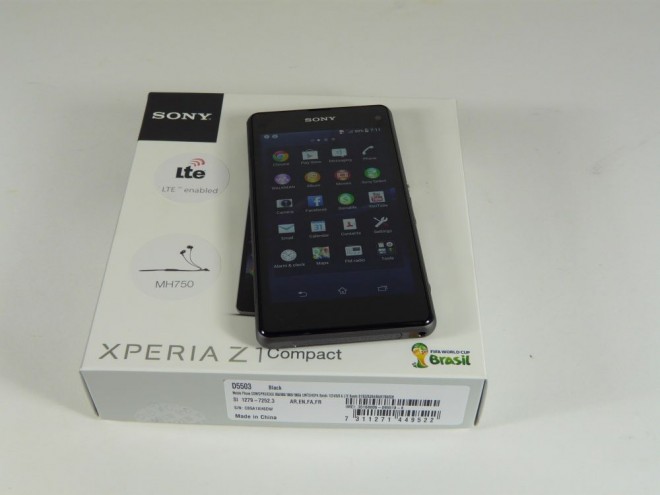 It uses a microSIM card slot, measures 9.5 mm in thickness and weighs 137 grams, making it kind of bulky. This handset is both dust and water proof and it can withstand a drop in 1 meter of water for 30 minutes. The display is a 4.3 incher with 720p resolution and Triluminous tech, as well as X Reality Engine.

Specs also include 16 GB of storage, 2 GB of RAM, Android 4.3 and a 2300 mAh battery, that I have to say, is very solid after my first tests. We’ll be back ASAP with a full review.