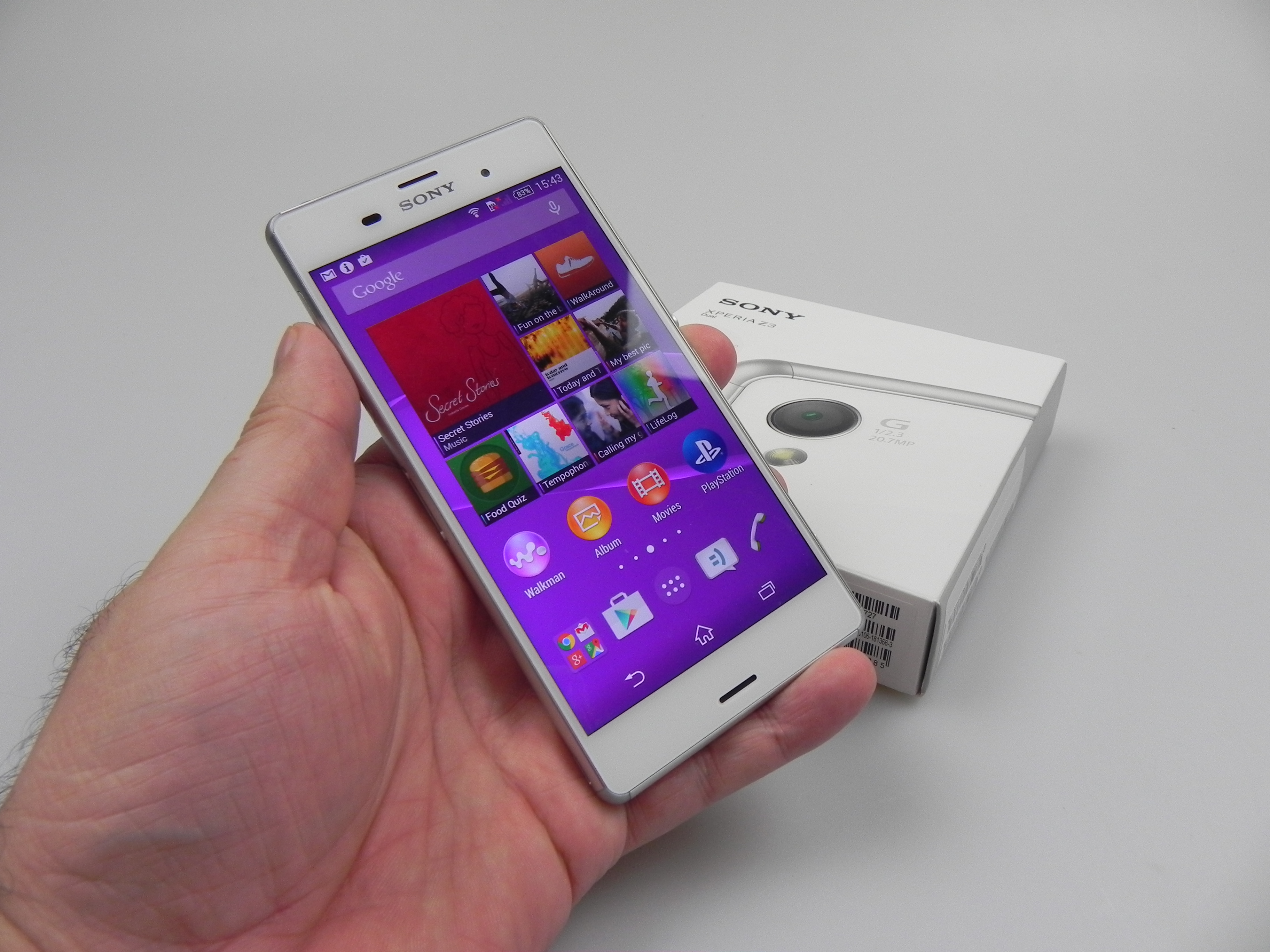 Sony Xperia Z3 has arrived to us for testing purposes and we’re dealing with the dual SIM 16 GB white version here. This model is priced between $600 and $700 and just so you know, it was announced back in September, at IFA 2014, so it’s the latest Sony flagship. 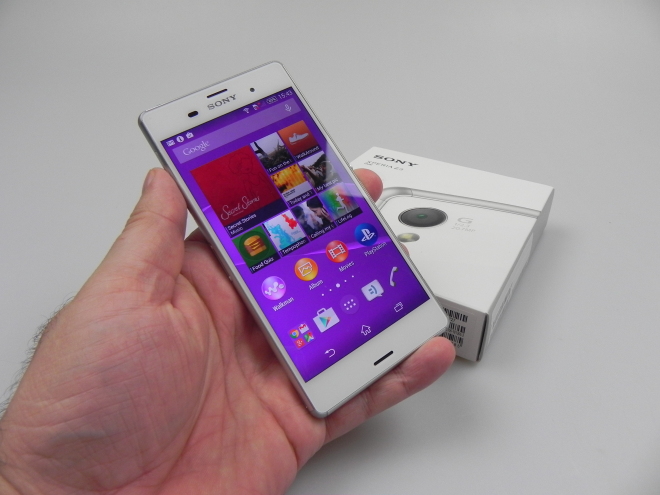 We’ve already tested the Sony Xperia Z, Z1, Z1 Compact and Z2 models over the past year or so, so we’re familiar with the entire Xperia Z series. Today we show you the unboxing of the handset, that comes in a white box, with a pair of nice looking headphones, the usual charger and USB cable, plus some plugs for the headphones and manual. We also got bundled a protection film for the back and front of the device. 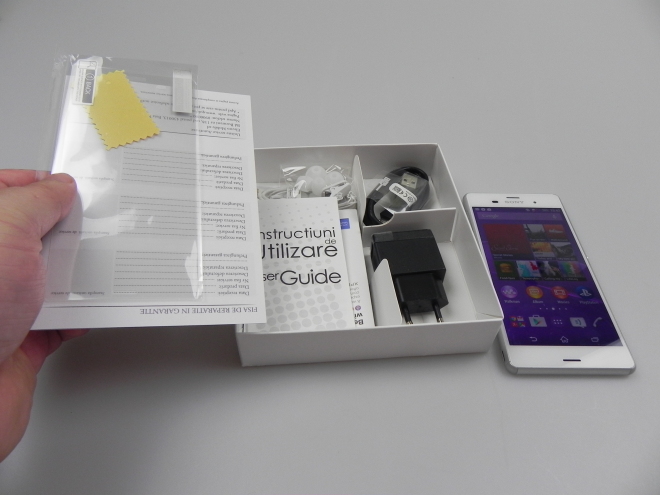 Sony Xperia Z3 measures 7.3 mm in thickness, weighs 152 grams and it’s an IP68 certified phone, meaning it’s dust and waterproof. It can be sunken in up to 1.5 meters of water for 30 minutes with no problem. Xperia Z3 has a 5.2 inch IPS Full HD display, with Triluminous and X Reality technology and it also comes with stereo speakers, a microSD card slot with support for up to 128 GB, 16 or 32 GB of storage and 3 GB of RAM.

At the back we’ve got a 20.7 megapixel camera with 4K Video capture and a 1/2.3 inch sensor size. The CPU inside the phone is a quad core Snapdragon 801 one, clocked at 2.5 GHz and inside the smartphone we find a 3100 mAh battery. We’ll be back in a few days with a detailed review, but till then I have to say I like the rounded edges better than the rectangular and sharp ones.