Home Android Sony Xperia Z3 and Z3 Compact Get Priced in Taiwan, At Around... 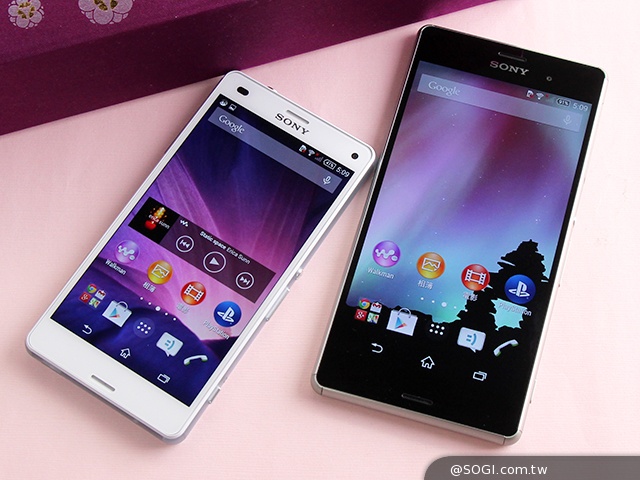 Sony Mobile announced the Xperia Z3 and Z3 Compact models in Taiwan this week, after the products were shown at IFA 2014. We’re dealing here with the latest gen Sony Xperia handsets, with PS4 Remote Play and the latest 20.7 MP back camera sensors.

The Xperia Z3 is priced at $691, while the Xperia Z3 Compact goes for $592. The Xperia Z3 comes bundled with a gift, the DK48 phone charging stand, but there aren’t any noise canceling headphones bundled apparently. The Xperia Z3 packs a 5.2 inch Full HD display, while the Compact has a 4.6 inch 720p unit and both models rely on the same Qualcomm Snapdragon 801 chipset, a quad core CPU clocked at 2.5 GHz.

There’s 16 GB of ROM inside, a 20.7 MP 25 mm wide angle G lens camera at the back of both units and Hi Res acoustics, too. Ultra Stamina power saving is available, as well as waterproofing for the cases and anti shake technology for the camera. 4G LTE in Taiwan’s band is included here, too. Which one will you opt for?