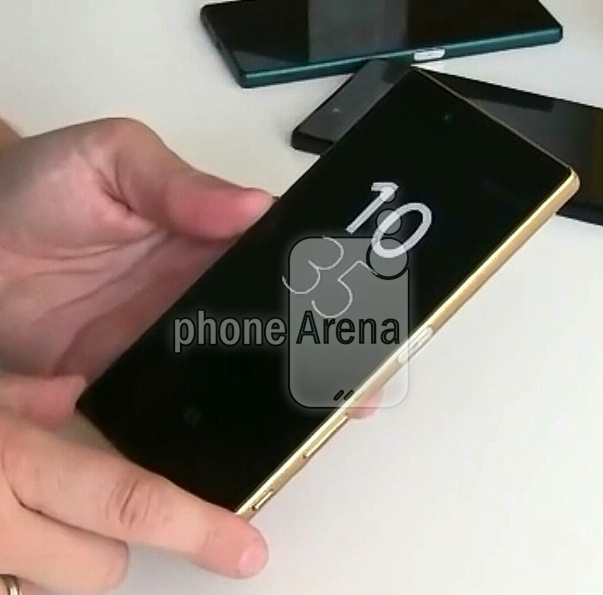 A few days ago Sony Georgia shocked us by revealing the specs of the three Xperia Z5 newcomers, including a so called Xperia Z5 Premium, with an incredible 4K display. Today some more leaks happen, including yet another picture of the Xperia Z5.

Sony has an important event scheduled for September 2nd, at IFA 2015 in Berlin. A source claims that the Sony Xperia Z5 will bring a 5.2 inch Full HD display, while the Xperia Z5 Compact will adopt a 4.6 inch 720p display and the Xperia Z5 Premium is reconfirmed to have a 5.5 inch screen, but this time only Quad HD is mentioned as the resolution. This version also gets a 23 megapixel camera, that may or may not also reach the other models.

The same source is the one who sent out the image above to Phone Arena, which is supposed to be a screenshot from an official unreleased video. The Xperia Z5 shown here is accompanied by two other units with different colors and the Power button with fingerprint scanner is clearly highlighted here. As far as we know, the next Sony flagship is going to have 3 GB of RAM, 32 GB of storage, an octa core Snapdragon 810 CPU and a 23 MP back camera, plus an 8 MP selfie shooter.

Hopefully the S810 will perform this time…