What’s the world coming to? In a move that would seem fit for April’s Fools, Microsoft’s CEO Steve Ballmer recently complimented Apple on the way “they allow people to monetize and commercialize their intellectual property”. Is this a sign of the presumed partnership between Microsoft and Apple, in order to defeat Google? 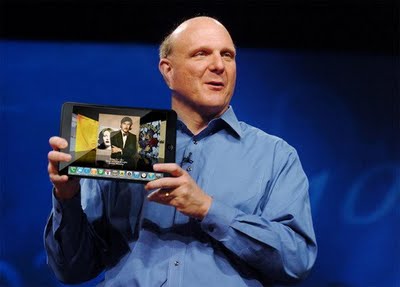 Ballmer is known for his criticism against Apple and for laughing at the iPhone, but Microsoft must have felt the breath of Android in its back and closing in. The new approach goes perfectly with the rumours claiming the iPhone will give up Google as its default search engine, replacing it with Bing.

The Seattle Times questioned Ballmer regarding his praise towards Apple, but the CEO refused to comment on that. As the tension between Google and Apple increases, an alliance of the latter with Microsoft seems plausible, but in what way, we wonder…