Steve Jobs has what it takes to be a modern day tech guru, so after performing the neat keynote speech last week in San Francisco, he also attended a Q&A session at Town Hall at One Infinite Loop. On this occasion, Apple’s employees had the chance to sit down with the man himself and ask him all the questions they wanted. 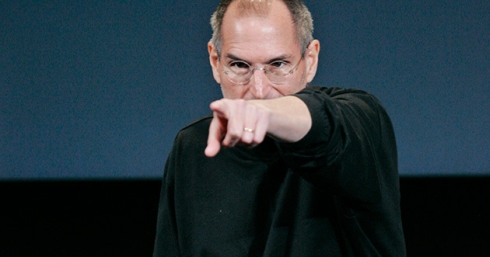 Most of the people talked about Google and Adobe, since these are the matters troubling everyone right now, specially because the iPad doesn’t support Flash and Google is finally getting ready to have its Voice app approved. Also, employees were curious to see how Jobs sees the launch of the Nexus One handset last month.

Jobs was pretty harsh when criticizing the opponents, saying that Google wants to “kill the iPhone”, but Apple won’t let them and also the tech guru said something like “the don’t be evil mantra of Google is… bullshit”. Adobe was also discussed and called “lazy”, but still with plenty of potential for the future. One might even forget Flash, since “the world is moving to HTML5”, or so says Jobs.

Among the other topics approached there were the upcoming iPhone updates, the LaLa acquisition and the next iPhone.