Home Sharp Strangest Phone Ever: Sharp’s RoBoHoN is Both a Little Robot and a... 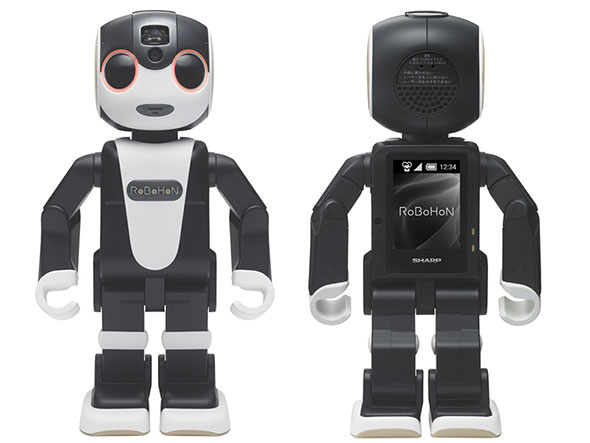 Leave it to Sharp to stun the world with a peculiar handset, like the one shown below. It’s dubbed RoBoHoN and it has been jointly developed by Sharp with Tomotaka Takahashi’s robot makers. The device has LTE and 3G, does voice calls and it’s kind of creepy and cute. 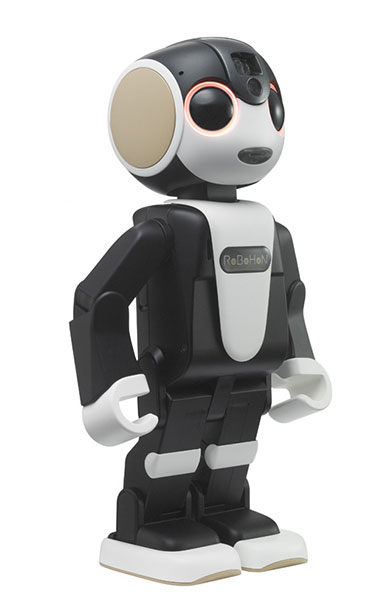 The RoBoHoN is coming in the first half of 2016 and it’s basically like a much bigger LEGO creature. Holding the device to your ear is downright ridiculous, as shown in the video below. At least the Sharp robot thingie reads you texts, in the typical cute Pokemon-ish voice that Japanese gizmos have. It’s interesting that the little guy also gestures every once in a while, like when it wakes you up.

The shocking aspect is that it has a projector in its head, which is kind of cool. Also, the fact it takes pictures with it eyes that light up feels a bit creepy. RoBoHoN can introduce itself and act out some of the communication aspects one says. Inside we find a Snapdragon 400 CPU and the device also offers a 2 inch QVGA LCD touch panel. The height of this device is 19.5 centimeters and the weight is 390 grams.