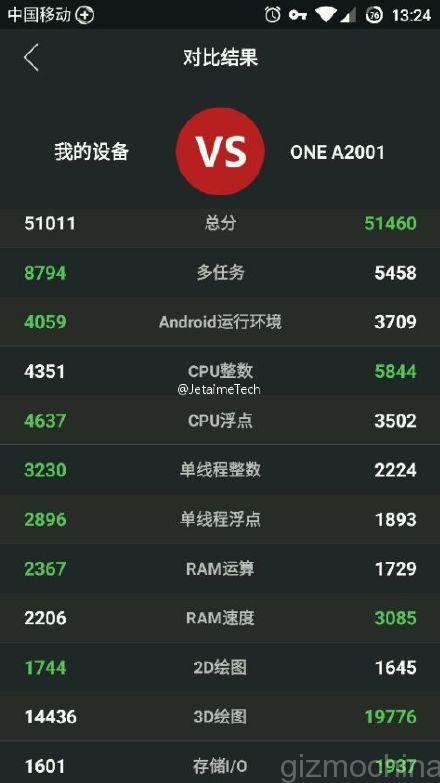 You probably know by now that the OnePlus 2 handset is expected to come with the Snapdragon 810 v2.1 processor. That new version takes care of all the heating problems, supposedly. Well, today we’ve come across a benchmark of the new OnePlus model, taken through the hoops of AnTuTu. The result is rather underwhelming…

Of course we take this leak with a grain of salt, since it could be faked or come from a prototype version of the phone, that’s not fully functional. Anyway, the result is 51.460 points in AnTuTu and it’s compared to the OnePlus One and its Snapdragon 801, that scores a very close 51.011. That’s certainly not earning the OnePlus 2 any bragging rights and we fear some down throttling has been happening here as well.

Underclocking happened before in the case of the HTC One M9 and its results weren’t impressive either. The OnePlus 2 appears in this benchmark under the codename One A2001 and it certainly scores lower than the Xiaomi Mi Note Pro, that’s also supposed to be running on a Snapdragon 810 v2.1. We’ll learn more about this next week, when the OnePlus 2 launches, but till then what do you think of this score? 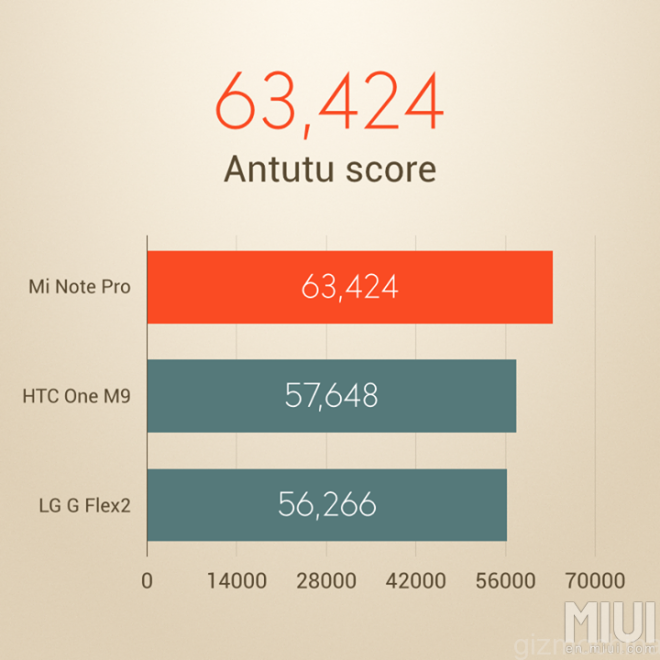