Swype is that nifty little input system that replaces tapping individual keys with tracing lines between letters without lifting your finger from the screen. Thus you create patterns recognized by Swype as words… easy as pie right? Well, not if you’re on Android 4.0 ICS that only today received a beta version of the software. 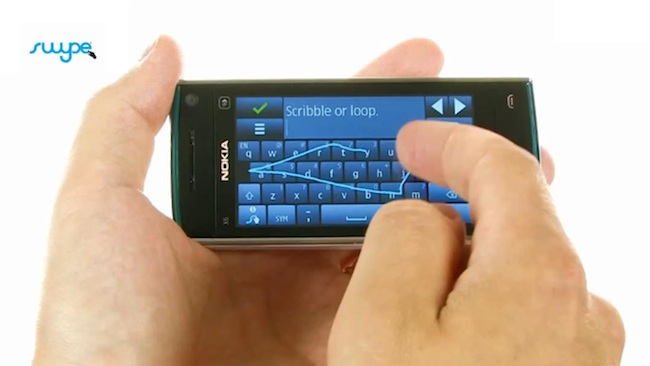 Galaxy Nexus owners and all the other folks who use an Android 4.0 device will be happy to know they can Swype at will now. Android ICS support is not the only feat that Swype gets, as the software also receives add-ons powered by Dragon Go. In case this name doesn’t sound familiar, Dragon Go! is an app from Nuance that includes software and services into Nuance’s voice control tech, so that the users can say “play music on Pandora” for example and have their action performed.

To me this smells like cross promotion, rather than a real feature, but it may just be me. The Dragon Go! feature is available as a key on the Swype keyboard. In other news, the beta release adds downloadable languages for tablets and improves typing accuracy. Swype dates from back in 2010 and it has quickly become a hugely popular input method. You can download your beta version for Android 4.0 from here.