Symbian^3 is coming to the market in 2010, that’s for sure, but does it have what it takes to brings the platform to a new level? Apparently, the first devices running it will be available starting Q3 and what we have below is a live demo of the OS. It runs on a laptop and not on a phone, being manipulated in front of a live audience. 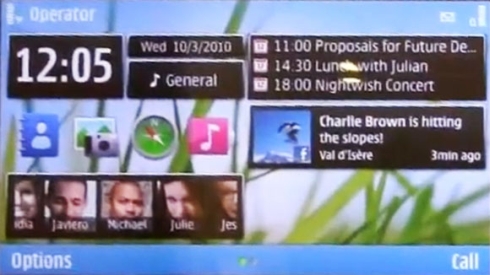 Symbian^3 looks very much like a modern smartphone environment should, which is good news, but still Symbian^4 will be the game changer, specially as far as multitouch is concerned. The homescreen has been upgraded and it’s very widget-friendly, allowing customization, new homescreens to be added and more.

The task manager was also revamped and Nokia claims that this OS is 3 times faster in the graphics department, plus it gets multitasking. Multitouch is also coming to the Symbian platform, on resistive and capacitive screens alike. Here’s the Symbian^3 demo, for more details: