The LG G Flex has finally been confirmed by T-Mobile, after a brief period of speculation. The curved and slightly flexible phone is coming to the carrier’s offer soon, while another LG model has been announced. 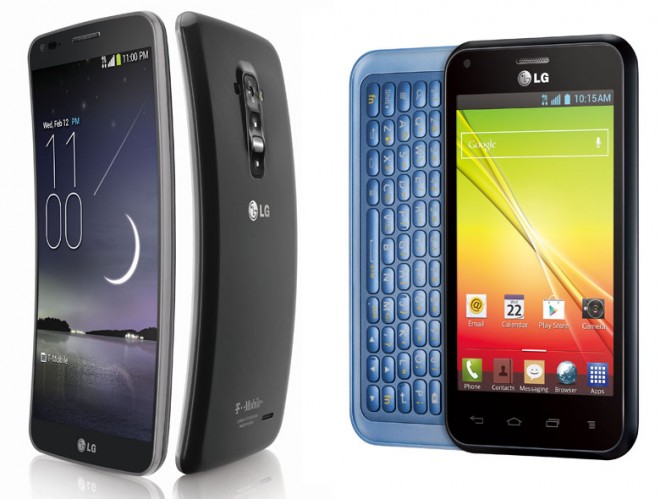 The LG Optimus F3Q is the one announced today and this QWERTY keyboard packing device was actually supposed to debut on January 22nd, but it missed the mark. Sales will start on February 5th and the device will set you back $365. Meanwhile the LG G Flex preorders start today and the handset will also arrive on February 5th.

That’s a few days earlier than the release of the same phone on Sprint and I’ll remind you that AT&T announced the same phone last Monday. The G Flex will cost T-Mobile users a bit over $670, that brings you a HD curved 6 inch display, 13 MP camera, Snapdragon 800 CPU and self healing body.