Yet another leak of the Nokia Normandy has surface, this time coming from Vietnam. Apparently the device that has been recently renamed to Nokia X has appeared on a Vietnamese retailer’s site, with access to Google services.

The new model includes a 4 inch screen with a 480 x 854 pixel resolution, a dual core 1 GHz Snapdragon 200 processor, 512 MB of RAM and 4 GB of storage. There’s also a microSD card slot, dual SIM support and a 5 megapixel back camera. The listing also shows that the handset will have Google Now support, Google Play Store support as well, YouTube and a few more Google applications.

Usually a tweaked version of Android doesn’t offer support for Google services, so that’s odd. Of course, we could be dealing with a fake and a retailer that’s trying to cash in on the trend of the Nokia Normandy appearing in the news. Is this the case? What do you think? 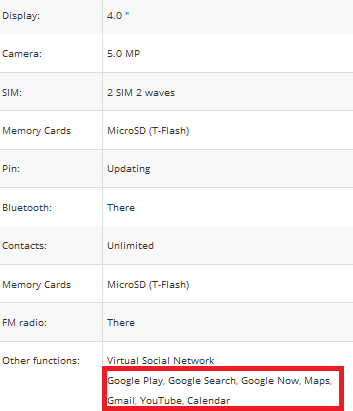