T-Mobile will launch the long awaited HTC HD2 smartphone on Wednesday, but some lucky dude managed to get hold of the handset earlier, courtesy of Walmart. Of course, he caught the device on camera, as he unboxed it and had fun with it, trying its video playback abilities and setting the handset up: 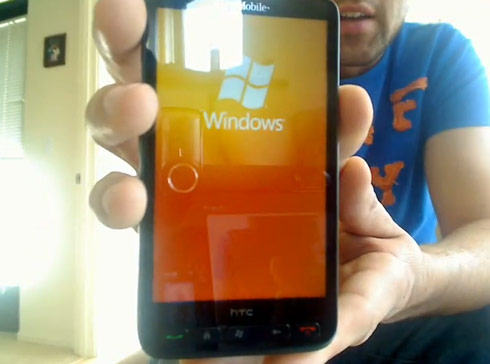 Known as JDMiPhoner, the lucky owner of the T-Mobile HTC HD2 will probably be frustrated once he learns that the device is not upgradable to Windows Phone 7. I guess Windows Mobile 6.5 will have to do and we’re already envisioning the XDA Developers guys working on a port of WP7 on HTC HD2.

Such a silly reason for Microsoft not to offer the new OS for this device, on account of its “poor specs”, or should we say lack of enough front buttons?