The LG Doubleflip aka the Flip II is pretty certainly T-Mobile material and one that’s coming pretty soon. LG wanted something original here design-wise, so they chose to deliver a smartphone with a touchscreen, a sliding QWERTY keyboard and another display in the middle of the keyboard. 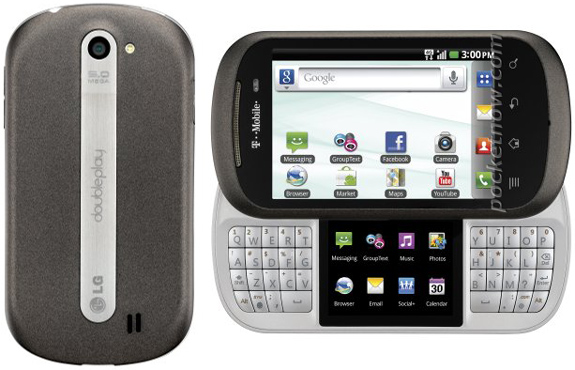 This makes the sliding area with the keys split in two and the keys pretty cramped. This T-Mobile device was called LG Flip II back in August when it leaked. Now known as LG Doubleflip, the handset comes with a 320 x 480 pixel main touchscreen, a 5 megapixel camera and November 2nd as the launch date.

The price for this model is $149.99 and there’s also a new 2 year contract in the mix with T-Mobile. I can see a bunch of kids who want to switch from their Sidekicks to this making the trade… but is it worth the price?