Home Android T-Mobile REVVL T1 Gets Leaked, Priced at $170 and Available on August... 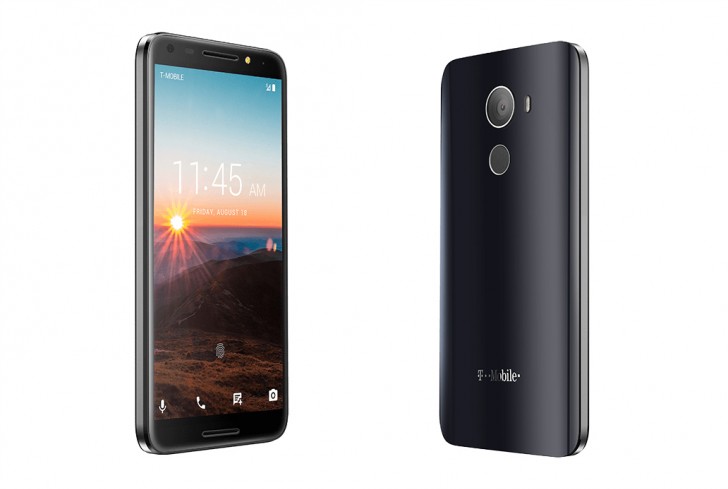 The pricing and availability for a brand new T-Mobile branded smartphone has just leaked and it’s the REVVL T1 handset we’re talking about here. The machine is going to be available from August 10th, priced at $170. 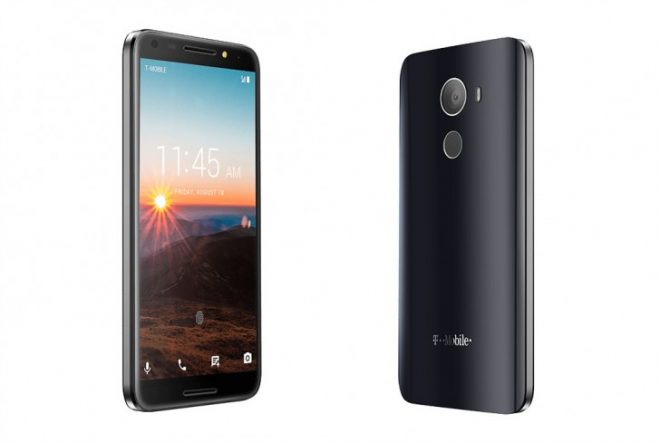 Evan Blass was part of this big leak, so we don’t even need the grain of salt here. Back in May the device appeared as the specter of an Android smartphone, that would come with a very affordable price on T-Mobile. Now the device has been confirmed by the carrier itself, so it’s very real. We’re getting a 5.5 incher here, with a 1.5 GHz quad core processor, 2 GB of RAM, 16 GB of storage and a microSD card slot. 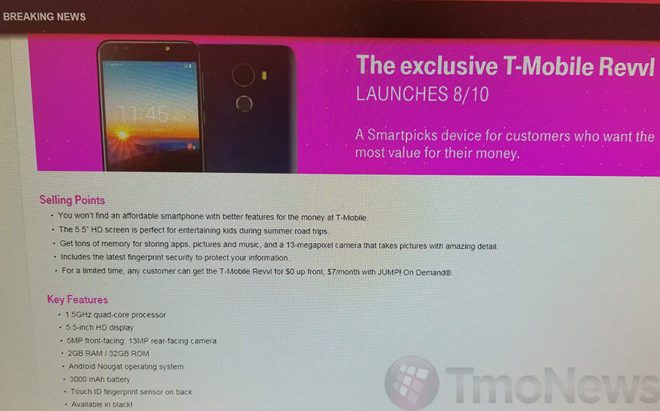 There’s a main 13 MP camera, a 5 MP front shooter plus a 3000 mAh batter. The REVVL T1 brings WiFi, Bluetooth, 4G obviously and we also seem to be getting a LED flash for the front camera. Interestingly we don’t know what the resolution of the screen is, but HD or Full HD are safe bets. Android 7.1 is the OS of choice here and that’s all we know about the device so far.

Not too shabby looking either.