Following last year’s announcement of the TAG Heuer Link handset, the luxury device maker announced the new model Racer. This one is pictured below and it’s also a premium product, with a fancy design, top notch materials and… the latest Android. The design is inspired by Formula 1 cars and it’s very high tech and elegant. 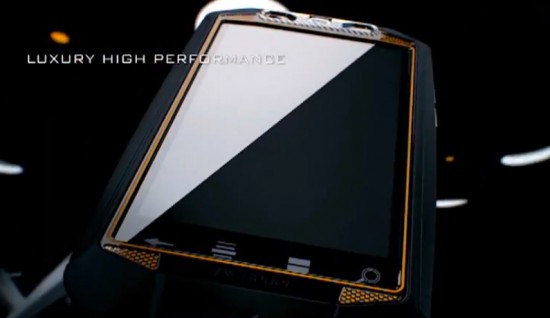 Carbon fiber and titanium are the primary materials involved in making this phone and TAG Heuer also promises a high speed processor, although they don’t specify its maker. Android runs on this phone with a customizable 3D interface and other than that we have no idea what the rest of the specs looks like. The Racer also comes with a shockproof rubber chassis and if you’re really interested in this product, you may not be after finding out it costs 2800 euros. Actually the Racer is a line of products, so there may be higher end versions of the phone, with better specs or added ornaments, stuff like god, diamonds and crystals.

TAG Heuer Racer will be competing with the likes of the Vertu Constellation T, the BlackBerry Porsche Design P’9981 and some Gresso model out there. Expect to see it at Tag boutiques, luxury mobile emporiums and a handful of watch and jewelry shops starting July. There’s also a video below with a better view of the phone: