We’ve shown you the Icephone in the as the wonder kid of the mobile industry it is, or the “swiss army knife of smartphones” as some call it. Now, it turns out that the concept device, originally built for the military will now make it to the mass market in 2009. 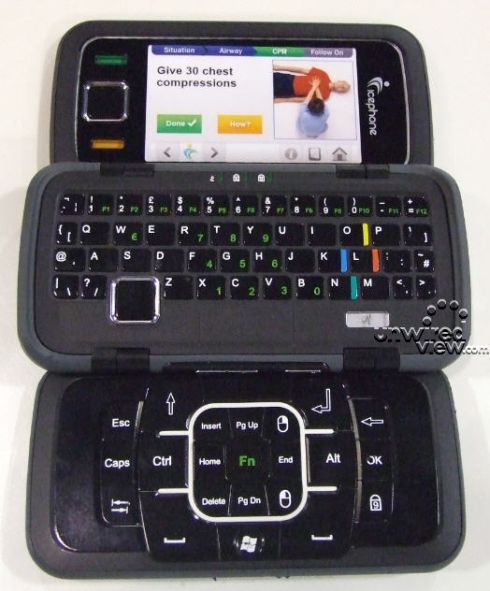 This is a 3G handset sporting a 3 inch touchscreen and, as you can see in the picture, the handset unfolds by using 3 panels: the screen, a full QWERTY keypad and a game pad with triggers. The Icephone is much more than your average handset, as it’s considered a mini-notebook, a console and GPS, thanks to its functions.

However, its most outstanding feature is the “Ice button”, placed below the keypad. Pressing it equals an SOS or a 911 call, as the emergency services are notified about your issue and they find out your location via GPS, also getting your medical records and identification, all thanks to the phone.

As if all of these features weren’t enough, the device can withstand shocks, like drops from 1.2 meters or rain, snow and even an Ocean dive. The Icephone uses Windows Mobile 6.0 as its OS, incorporates GPS, Bluetooth, WiFi, HSDPA and quadband GSM and you should start looking for it in the stores in Q2 2009 for about $1000.