We should say “happy late birthday”, because apparently we missed April 19th, the date when Microsoft introduced the Pocket PC in 2000. This huge announcement was made during a small gathering in Grand Central Station, New York City. This move was made to counter Palm’s products, at the time leading the PDA market. 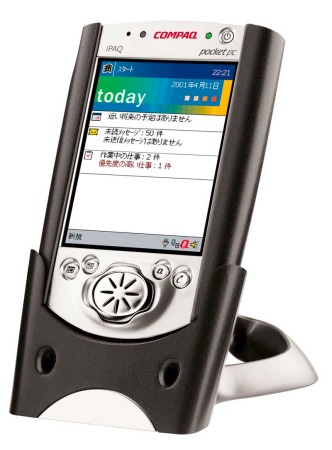 On that important day, Microsoft launched a bunch of devices, together with its partners: the Casio EM500, the HP Jornada 545 & 548, the Symbol Technologies PPT2700, and the Compaq iPAQ. The last of them was possibly the most important Pocket PC and the hottest, with its slim design and support for Compact Flash or PCMCIA cards.

Inside the product you could find a “fast” ARM CPU and a very good display at the front. The device was pretty rare, so its price even reached $1,000 on eBay. The release of the Pocket PC was amazing, if you consider that the portable gadget was able to play games, show maps, it supported books, location services and relied on a great platform.

The iPAQ was considered the starting point for future devices and even future platforms, like Windows Mobile. Pocket PC redefined the idea of a mobile Office, with email and much needed business apps, plus games and media features. Well, the ancestor of smartphones is 10… what will we celebrate in 10 years?