Remember when the Motorola Droid RAZR was the thinnest handset ever? Well, now the 7.1mm champion has a worthy rival, one made by Fujitsu and reaching an incredible 6.7mm waistline. Meet the Fujitsu ARROWS μ F-07D model, pictured below and packing some reasonable specs, as shown after the break: 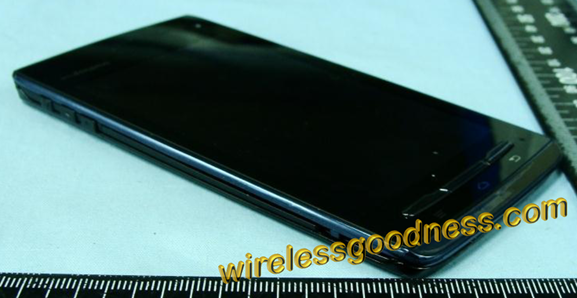 The Fujtisu smartphone is an Android device, one that certainly cuts from the fat gut of the 9.3mm iPhone 4. The only way to beat the 6.7mm waistline is for either Samsung or NEC to launch a new handset. The Galaxy S III might be a record breaker, but considering the quad core CPU inside and innovation, it’s hard to stuff all of that in a thin handset.

Also, I must say that the Fujitsu ARROWS μ F-07D doesn’t cheat like the Droid RAZR does, with its bulge that includes the camera. This Asian device is a more uniform handset, with a mere 2mm variation from its thickest to thinnest point. The specs of the phone include a Qualcomm MSM8255 processor at 1.4GHz, 512MB of RAM, 1GB of internal memory and Android 2.3 as the OS. There’s also a 4 inch WVGA display on board and a 5 megapixel camera. Expect a NTT DoCoMo release of the smartphone in 2012. 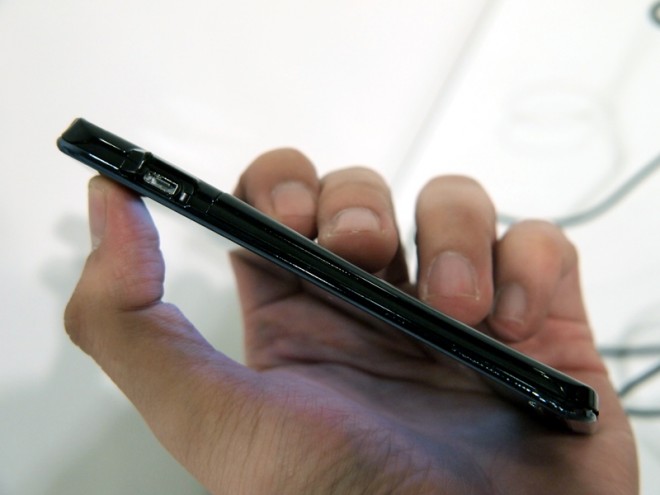