After finding out that the beautiful and very powerful Toshiba TG01 smartphone went on sale in Japan, it seems that the handset will hit the UK next week, on July 9. The device will be launched during a special event, but its price is not known yet. 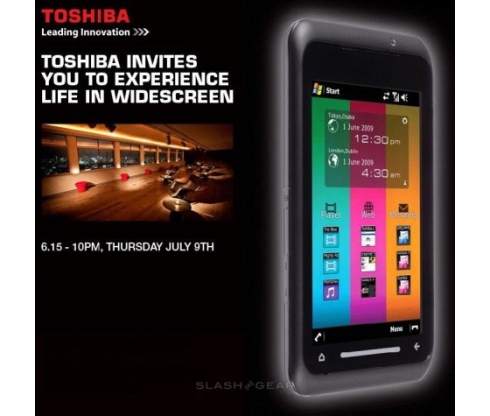 Also, we’re not sure which carrier will sell TG01, since Telefonica is selling it in Spain and O2 in Germany, so it might be O2 UK doing the honours. We remind you that Toshiba TG01 comes with a 4.1 inch WVGA touchscreen display, Toshiba’s 3D interface, HSDPA connectivity, GPS, a 3.2 megapixel camera and WiFi.

The main appeal of the smartphone is its Qualcomm Snapdragon 1 GHz CPU and the very slim case of the device (9.9mm). Palm Pre’s also coming to the UK, so it’s going to be an exciting week for British folks.