The battle’s raging right now between Apple’s iPhone 3G, T-Mobile G1 and BlackBerry Storm, three of the hottest phones on the market. However, the rivalry which intensifies just before Christmas will be influenced by the apps supported on these devices.

We’ve got that brilliant Google Voice Search app on the iPhone, with its flaws, but yes they’re forgivable as the software is really impressive. 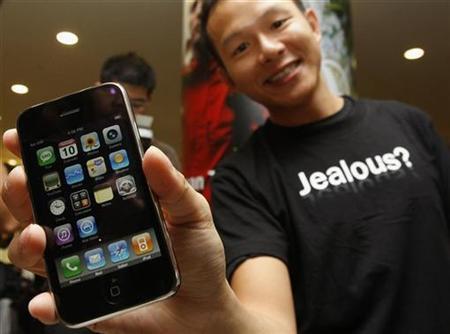 Strangely enough, the G1 didn’t get this app, let alone BlackBerry Storm, who’ll have an “App Store” of its own in 2009. For now, the first Android phone can benefit of the Shazam free app, which was a hit on the iPhone. Basically, the program recognizes a song you’re listening to and informs the user about its name, the album it’s part of and of course the author.

Although many people complain about Apple’s tight grip on software, the delay of Flash support and the fact that some software downloads are available for a certain price, the users have downloaded 100 million apps in the first two months… How’s that for a competition, G1 and Storm?