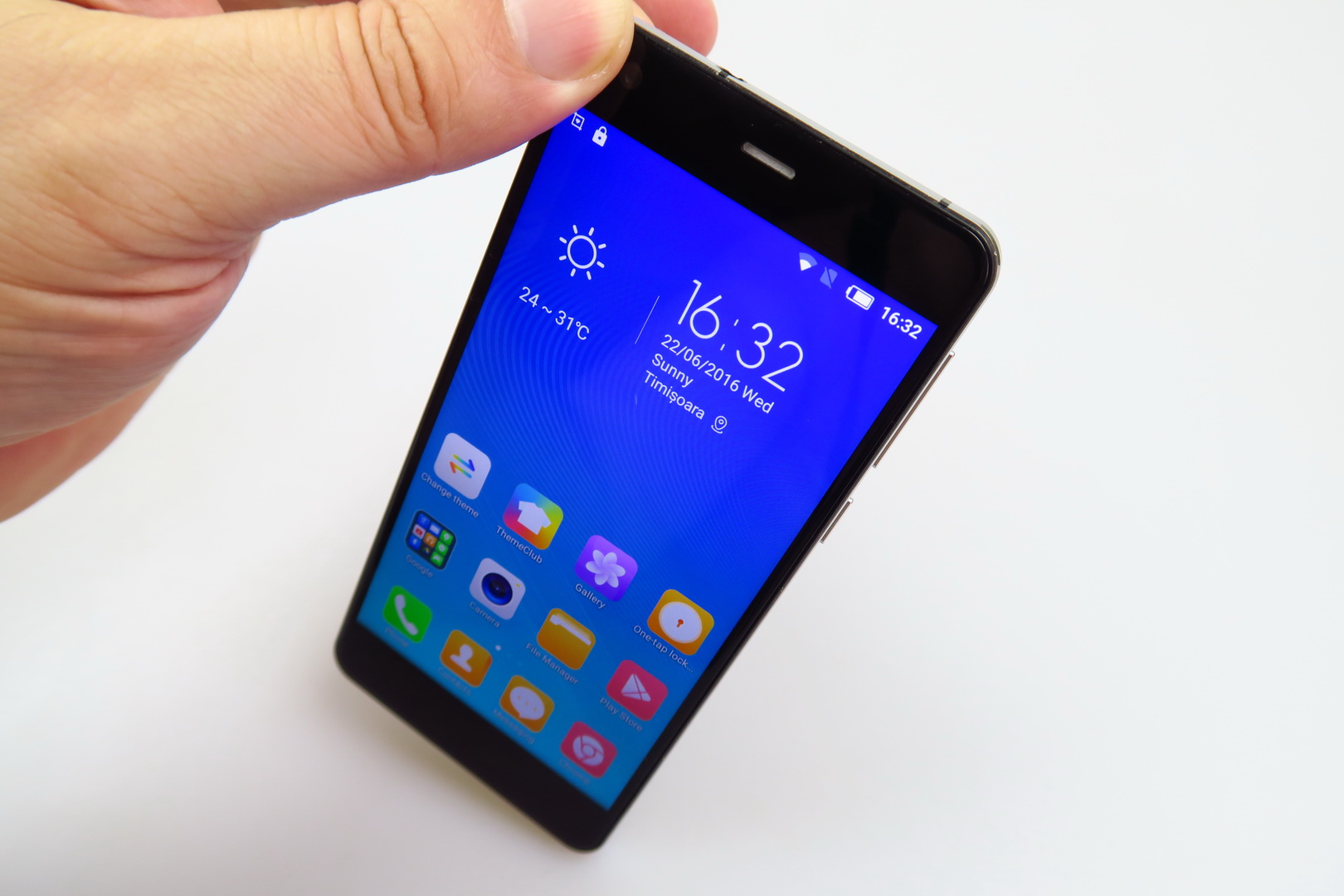 UHANS S1 is another one of those Chinese handsets we’ve tested this summer and a device that feels pretty much like an iPhone 4, only bigger. It’s an affordable glass and metal device, with 3 GB of RAM on board. UHANS is a company founded in 2013 in China and the “U” bit comes from “You” and “Hans” from “Hands”, meaning input. Priced at $140, the device is called by its maker a “beautiful beast”. You can find the device on Gearbest, Geekbuying and Everbuying. 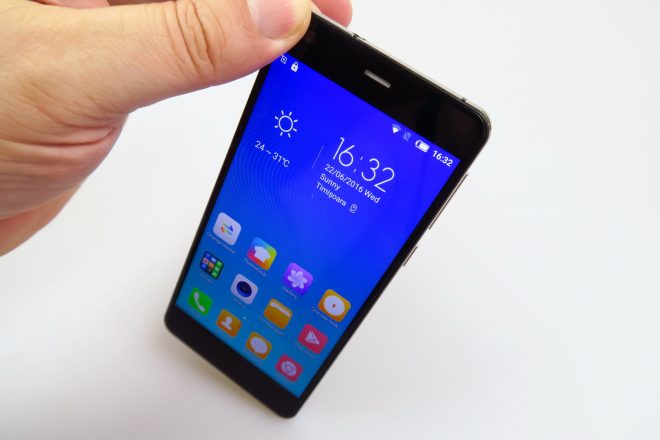 The handset is bundled with a case and screen protection, as well as wipes. Available in black or white, the phone is a 5 incher with a 2.5D glass panel upfront and it’s pretty much a fingerprint and grease magnet. This “bigger iPhone 4” has a metal frame and it’s not slippery in spite of having two glass panels. It comes with a solid build and offers easy one hand usage.

There’s a curved glass panel at the front and back and it’s a pretty phone overall. Measuring 7.3 mm in thickness and 153 grams in weight, the smartphone is 2 mm slimmer than the iPhone 5S and 13 grams heavier. It also has pretty much the same measurements as the Galaxy A5 (2016), or at least the weight and thickness. We liked the button feedback and found a small gap between the frame and the glass, close to the SIM tray area. 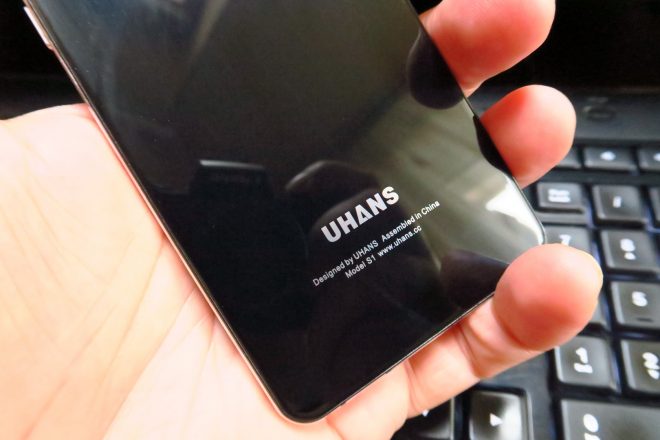 It’s a nice looking handset, with a premium build and everything is good except for the gap. Now let’s discuss the design. UHANS S1 has a 2.5D glass panel upfront with a 5 inch diagonal and a 1280 x 720 pixel resolution. There’s also On Cell Touch technology here and an IPS LCD panel. The video player of choice has a Pop Up Play feature and the viewing experience was bright, clear, but the contrast was not that good.

Colors were OK and we also had wide view angles. Pixels are of the RGB Stripes variety and the luxmeter showed us a value of 460 LUX, which is great and identical to the Lenovo Vibe X3, but above the LG G4 and the Huawei Mate 8. Settings related to the display are the Miravision ones, with Picture Mode (Standard, Vivid and User). You can tweak contrast, saturation, brightness, sharpness, color temperature, dynamic contrast, brightness and there’s also adaptive brightness. 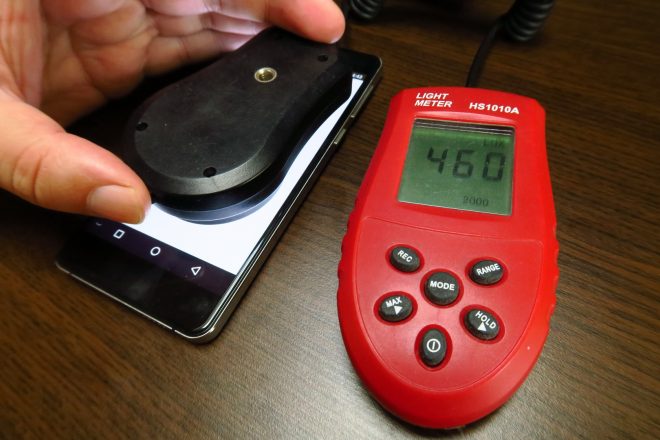 The font is also available as an option. Overall, it was a good screen. Now we have to find out if the rest of the hardware is just as good. This is an octa core device, with a MediaTek MT6753 CPU, clocked at 1.3 GHz. We’ve got a Mali T720 GPU in the mix, 3 GB of RAM LPDDR2 and 32 GB of storage, plus a microSD card slot.

UHANS S1 comes with a fluid UI, no lag and OK performance. The apps start up pretty fast and the device runs games pretty fine, including Riptide GP2. The benchmarks we did include Quadrant, in which we surpassed the Galaxy S5, plus AnTuTu 6, where we surpasses the Vernee Thor and UMi Touch, while overall impression was that we beat the Huawei G8 in most tests and Galaxy A7 (2016) in some, so that’s good performance. 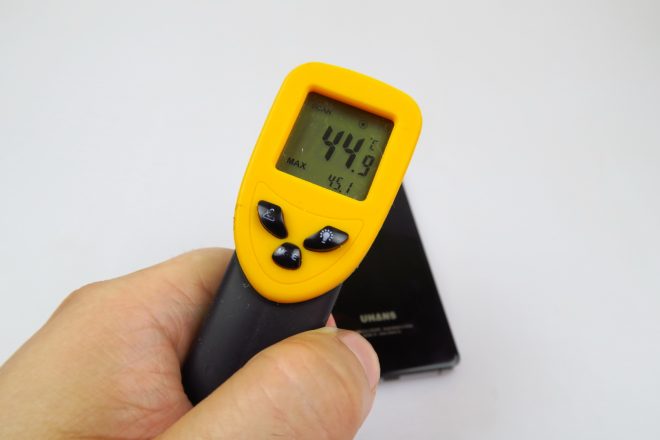 Somehow GFXBench wouldn’t run, but the temperature test we did after running Riptide GP2 showed us quite a big overheating, at 45.4 degrees Celsius. The battery here is a 2200 mAh unit, that offers 4 hours and 42 minutes of video playback and it’s almost the lowest result we ever registered, but at least superior to the LG G Flex 2.

In PCMark we scored 4 hours and 11 minutes, kind of unimpressive, but only 20 minutes below the Huawei P9. It beats the Huawei Honor 6 and HTC One, but that’s it. Charging is done in 1 hour and 53 minutes, which is rather OK and 1 minute more than the Galaxy S7. Settings include Standby Intelligent Power Saving, Battery Saver and Doze. Overall, I feel that this battery was a letdown. 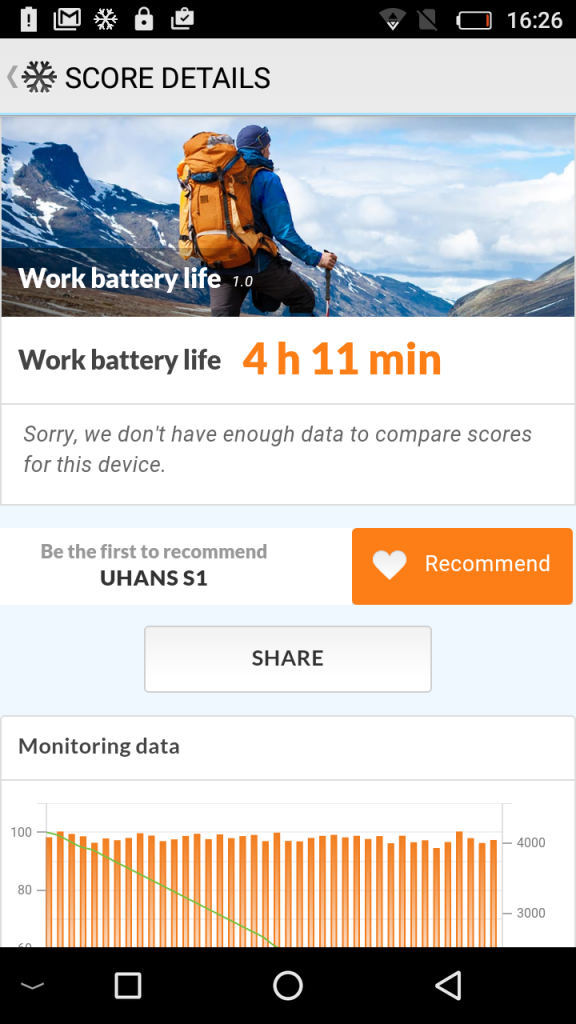 The acoustics are the next topic of convo. We get five holes at the bottom of the device, for the speaker and the music player can’t seem to find the songs we have stored on the device. The equalizer was the stock one and we could also tweak genres, play with 5 custom channels and use options like reverb and Sleep Mode. The sound experience brought us weak bass, a broken sound and it all sounded like an… “old FM radio”, so to say.

Turn it down a bit and it becomes slightly clearer. The guitar is handled pretty OK, though. The decibelmeter test we did showed us a value of 89.4 dBA at both the back and front, which is very loud and it surpasses the Galaxy S6, LG G4 and LG G5. There weren’t any headphones bundled, but we did get FM radio. Settings for the screen include BES Audio Enhance, BES Loudness and BES Surround. 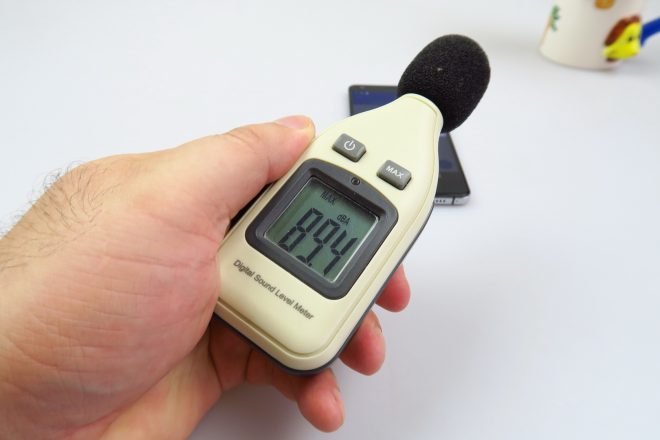 Now let’s see what the camera holds. There’s a 13 megapixel back shooter, with PDAF and a Sony IMX214 sensor with F/2.2 aperture. The sensor measures 1/3.06 inches and it’s the same one from the OnePlus One, Oppo Find 7 and HTC One A9. The front shooter is a 5 MP one. The camera app starts up fast and offers a slow zoom, slow focus and foggy UI.

Picture taking speed was resonable, but not more. To the left we find the timer and flash and with a swipe up you can access the main Modes: Night, Large Mode, Panorama, Watermark and Beauty. Options for the cam also include resolution, interpolation (16 MP back camera and 8 MP front), while the video offers slow motion and video beauty. You can also install new modes. 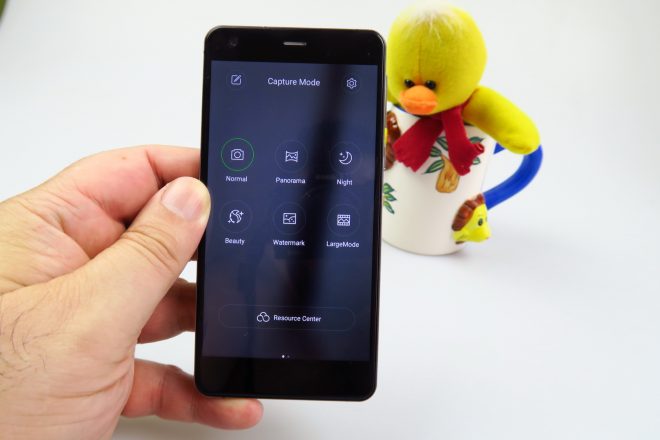 The gallery of shots we’ve taken during the day had something in common: when there’s strong light in the background, the picture is pretty much spoiled. There are dynamic range problems here, but the colors look OK. There’s also a slight fog, that appears in some of the shots, every once in a while. At least the closeups look good.

There’s also some serious detail loss when zooming into a picture and the panorama was rather petite, at 5472 x 560 pixels. At least it’s crisp and not burnt. We also caught a pretty nice shot of a water fountain, especially its texture. The selfies were burnt, but at least the colors were OK. Landscape shots had a lack of clarity in the distance and I liked the lovely texture of pictures when it came to the flowers especially. 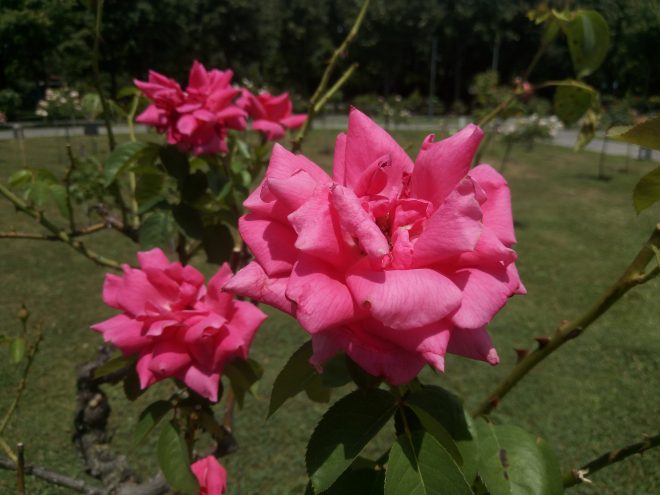 I remember the OnePlus One also had some trouble with the sun, which makes sense, seeing how the two share the camera sensor. I’d say this cam is reasonably good for a phone priced below $150. It’s still a bit below what the Vernee Thor had to offer. Keep in mind that the closeups are still legit. Low light shots were dark and foggy, features big halos and they were also pretty blurry. 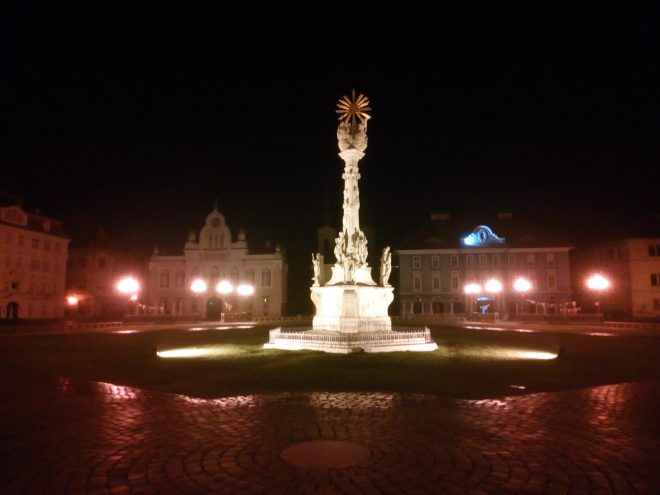 There were some strange colors in the mix, like a hue of purple, but the buildings and monuments had good texture. I’d call low light capture neglectable here. Video capture was done in 3GPP format, in Full HD at 30 FPS and with a bitrate of 17 Mbps. Colors were OK and stabilization was decent. When zooming in we lost quite a bit of the image’s quality, as it was expected for 3GPP.

The microphone has some problems, too and there’s also the random refocusing and some burn. It also seems that the camera can’t take on the sun directly. Low light filming was once again fuzzy and foggy, with a violet tint and OK stabilization. Everything was poor minus the colors and digital stabilization somehow. Still, this model is below the ASUS Zenfone 2 Laser or even the UMi Touch, if you want a comparison.

With the camera done and dusted, it’s time to talk about something else. The web browser of choice here is Chrome, which is pretty fast and we’re also using a stock keyboard, with Swype support. Browser benchmarks were rather poor, though. On the connectivity front, there’s 4G LTE, of the FDD kind, HSDPA, GPS and Bluetooth 4.0, as well as WiFi a/b/g/n. This is a dual SIM phone with dual standby and micro SIM card slots.

The calls feature underwhelming volume, OK signal and not a very impressive microphone. WiFi tends to lose signal quite a bit and it’s never at 100%, even when near the router. Settings related to this aspect include Turbo Download, that combines 4G and WiFi, plus speaking of WiFi we also did a SpeedTest and achieved 48 Mbps in download speed and 25 Mbps in upload. 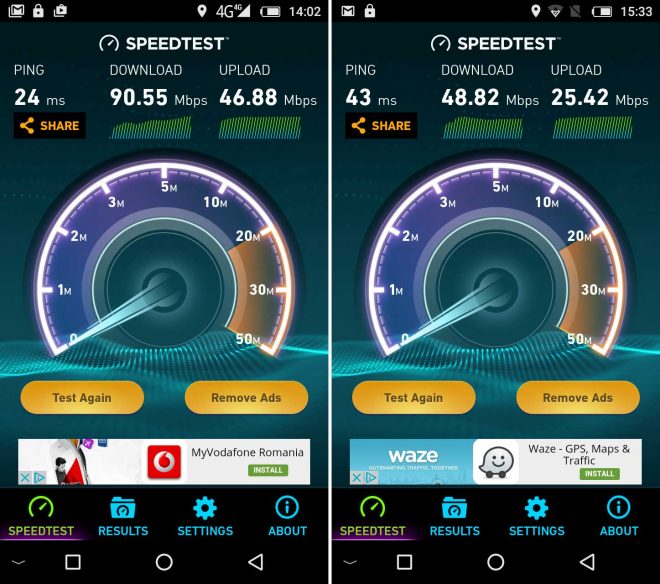 Then we did a 4G test and got to 90 Mbps in download and 46 Mbps in upload. I say the connectivity can only be summed up as underwhelming, seeing how there’s no TDD LTE and there are WiFi problems. Time to see what the OS, Ui and apps hold. So, this iPhone 4 lookalike comes with Android 6.0 Marshmallow, with something called Freeme OS 6.1 on top.

There’s a very colorful experience here and also flashy. There’s no app drawer and multitasking is offered like a carousel. We’ve got a stock notification and Quick Settings area. Keeping the homescreen pressed triggers the “Plugin” section, with widgets that look good, themes, wallpapers and Settings. We’ve also got something called “Magic Finger”, basically a sort of floating cursor on the screen, shaped like a heart, that appears when you tap the display. 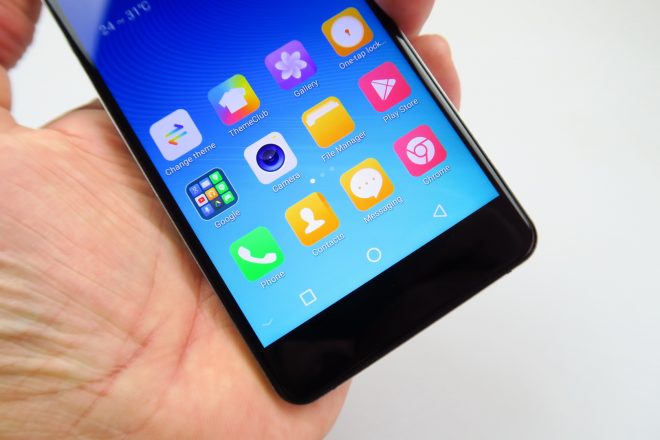 Effects and icon arrangement can also be tweaked. Launcher options are here too, plus gestures. Now let’s talk about the settings. So, we have nav bar options, double tap to wake and apparently no special settings for the fingerprint scanner. that function is offered separately, which doesn’t exactly make us trust it more. You can use the print scanner to take shots, stop an alarm or even pause a video or song.

The fingerprint scanner has a long setup and sometimes misses the unlock. As far as the preinstalled apps list goes, there are 38 names here, so we’re on a bloatware-ish front. There’s Theme Club, Security Center and not many vital apps are include. We’ve got also a Note app with calendar view. 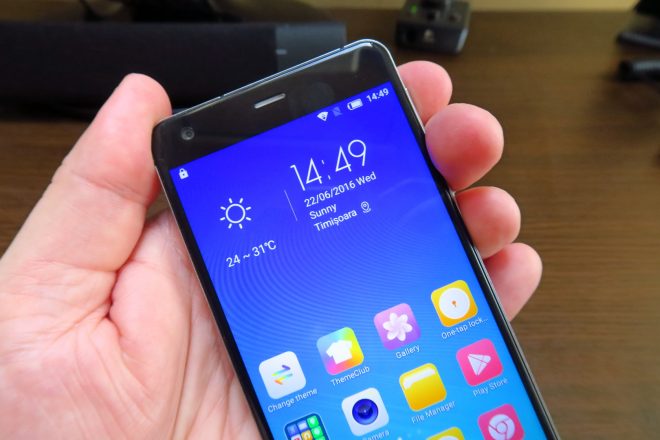 Time for the verdict now!

UHANS S1 is a rival for the Vernee Thor and UMi Touch handsets, it looks pretty, but also has quite a few flaws. All of them are passable considering the price, except for the battery and WiFi drops. Those are serious ones, I have to say. It remains a media oriented phone, with a penchant for casual games, good primarily to consume music and video.

Some people choose an affordable phone from China as a second phone and many people have three phones. UHANS S1 feels more like a third phone… and it’s great at that, but only that. You can find the device on Gearbest, Geekbuying and Everbuying.