While at some point in time the military innovations and technologies served as the basis for the future civilian devices and products, now the civilian technology is giving something back to the army as well. Turns out that the US Army is now working on a smartphone framework based on Android. 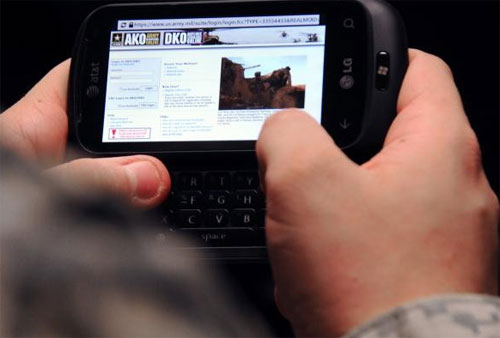 The new framework will be used for tactical operations and the network will include a suite of apps for soldiers and commanders. These will mark hostile areas on the map, or even allow a military unit to see a live feed from a dangerous area on his smartphone, courtesy of Android. Air support will also provide camera footage from locations straight to the high end phones and tablets.

It seems that the iPhone will also get such apps and we sure hope hackers won’t get a hold of these and use them for more civilian purposes, like spying on people or messing with their devices.