What’s coming on April 29 via Verizon and is even hotter than a HTC HD2? You’ve got it: the DROID Incredible by HTC, pictured below and specced immediately after the break. HTC Incredible will be available for pre-order online at www.verizonwirelesss.com starting April 19 and it’ll hit the stores on the 29th with a $199.99 price tag, after a $100 mail in rebate, with a 2 year contract. 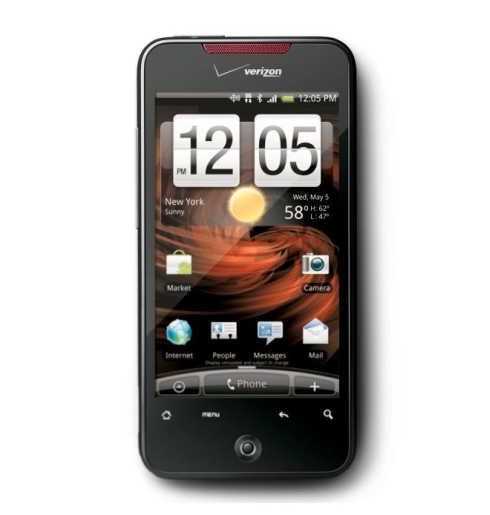 DROID Incredible is an Android 2.1 device with HTC Sense, plus a 1GHz Qualcomm Snapdragon CPU on board and an 8 megapixel camera with dual LED flash at the back. Among its specs you’ll find the Friend Stream feature, a 3.7 inch AMOLED capacitive touchscreen display (480 x 800), an optical joystick, proximity and light sensors, plus a digital compass.

A GPS is also integrated, as well as a 3.5mm audio jack and WiFi is supported on the device, too. DROID Incredible relies on the newest version of HTC Sense, based on a seven panel home screen, with tons of widgets.