HTC One on Verizon is a dream for many Android lovers, with all the benefits that come from a commitment to this carrier. One of them is the fastest LTE networks in USA, for example. Anyway, know that a screenshot with accessories for such a HTC One has been leaked. 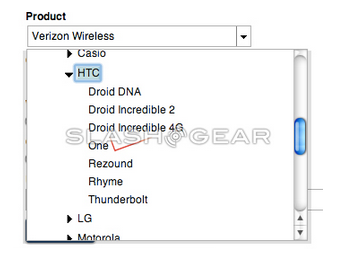 There’s a report published yesterday saying why there’s no Verizon branded HTC One. The idea is that the carrier wanted to give the HTC Droid DNA some time to still sell some units, since it’s been launched in November. They usually give flagship phones about a year before replacing them and they don’t want to break policy.

However, by November we’ll surely be seeing a second generation of HTC Butterfly/Droid DNA. HTC already sold 5 million units of the One and this may be a warning sign for the carrier, that must get its mitts on the handset or lose some important sales. Then there’s that rumored phablet T6, so Verizon must be careful what they choose, because every HTC model they choose to sell means another model gets postponed for a later launch… of course I’m talking about big flagships here, not midrange units like Desire 600.