It appears that the Samsung Galaxy S4 Mini is no longer such a mysterious device, having been leaked yet again recently. This time we get to find out more about its CPU and also the fact that it may be announced at the Samsung Premiere event on June 20th. 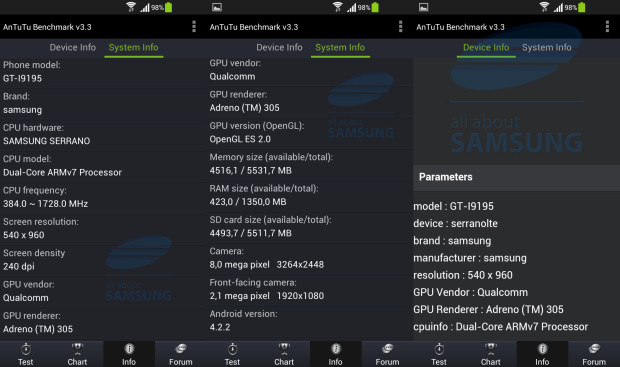 The LTE version of the S4 Mini is dubbed Serrano and comes with a dual core Qualcomm Snapdragon processor with a 1.7 GHz frequency. The device also packs an Adreno 305 GPU and  1.5 of RAM, all of those confirmed by a recent AnTuTu leak. This is a 4.3 inch Super AMOLED handset with a qHD resolution and Android 4.2.2 as the OS.

June 20th is when we’ll be seeing it in full splendor, in London. At the back there should be an 8 megapixel camera, while upfront lays a 2.1 MP shooter and inside 16 GB of storage. If you’re wondering why Samsung didn’t go with Exynos, well, they also didn’t opt for that choice on the Galaxy Mega 6.3, also relying on the Snapdragon 400. Are they having problems with the production of Exynos CPUs? 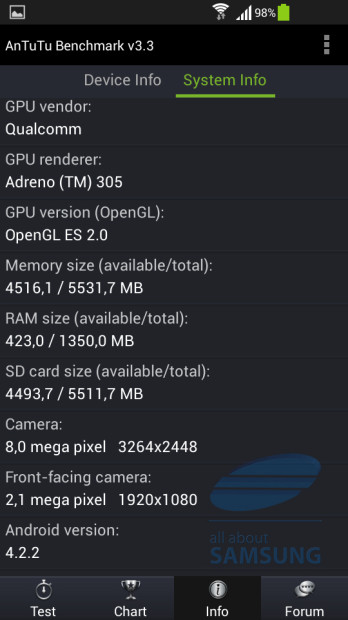