Samsung Galaxy Nexus has yet to show up in Verizon stores, which is really sad and crazy, considering this is seen as the phone of the year by many, but Verizon doesn’t seem to care about that. We don’t even have an official launch date for the smartphone… In the meantime, we see bits and pieces of it, through leaks and videos appearing online, like the one below. 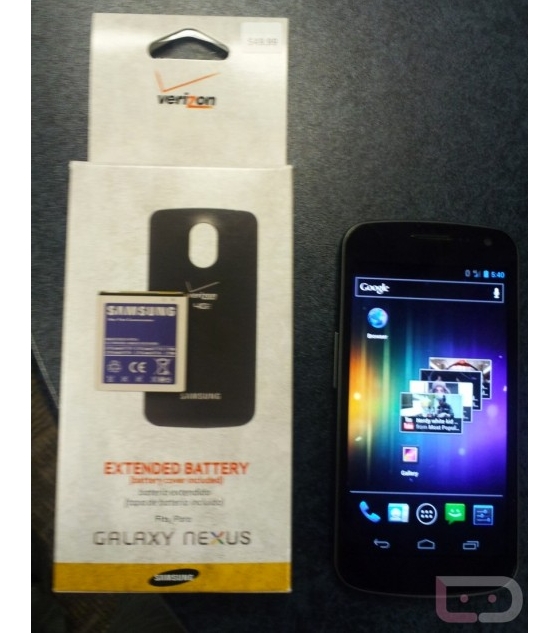 This Android Ice Cream Sandwich smartphone just appeared in a new video, that shows the phone with an official extended battery. That power source doesn’t even beef up the phone, as one would think. This improved battery is a 2100 mAh unit instead of the standard 1850 mAh unit, probably to give more juice for LTE duties. Back to the launch of the Galaxy Nexus, we know that this phone will come with a $299 price tag on contract, when Verizon finally decides to release it.

That extra battery will be priced at $50, in case you want to know. In the meantime, there are other options for purchase, aside from Verizon. Costco, for example is getting ready to sell the handset from December 15th with a $289 price tag on contract. Also, know that in Canada, Bell and Virgin Mobile already have the phone available for days now, with $159 price tags and 3 years of contract.