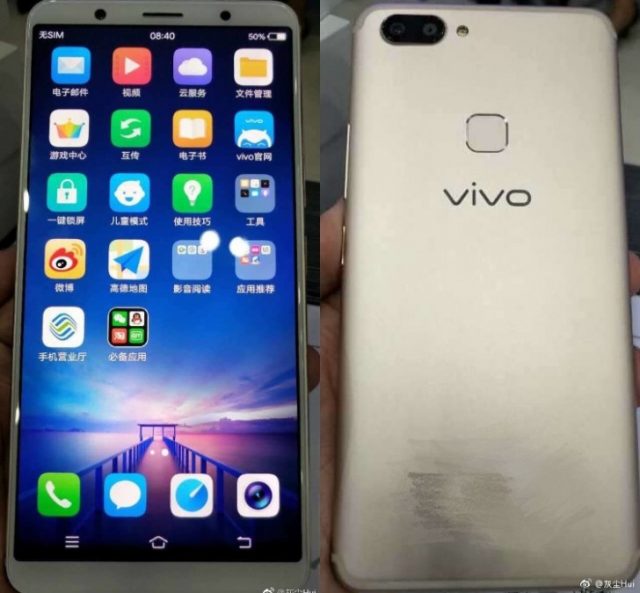 Another week, another Vivo X20 leak, this time on video, not only in pictures. The handset has a metal body that looks pretty sexy and seems to go with the already tried and loved bezel free approach. The picture below popped up on Weibo and the video also leaked online.

The device’s looks are similar to the ones that popped up in a recent TENAA certification. Vivo’s own teasers already exposed the design, which is also similar to what we see here. We know that the phone will have an impressive 24 megapixel selfie camera, although you wouldn’t tell, looking at these leaks. It should also have a 3500 mAh battery, 6 GB of RAM and Android 7.1 Nougat as the OS.

The CPU on board should be a Qualcomm Snapdragon 630 or Snapdragon 660. The Vivo X20 leaked last week in World Cup 2018 posters, which makes sense since Vivo is the official sponsor of that event and also of the 2022 World Cup. There will also be a version dubbed X20 Plus, with better specs, more RAM and a bigger screen. Expect a 5.5 inch screen or even a 6 incher, 6 GB of RAM and a better chipset.

A dual back camera is also shown for a bit.