Home Android Vivo X5Max Specs Get Detailed, as Yet Another Ultrathin 4.75 mm Phone... 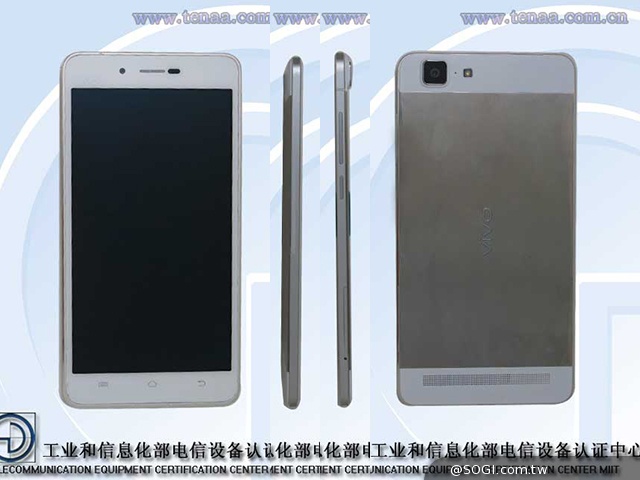 A few days ago we stumbled upon an interesting phone, the Vivo X5Max, but at the time we didn’t know much about it. Now, it appears the device may be more interesting than expected, since it challenges the slimmest handset in the world at a duel. 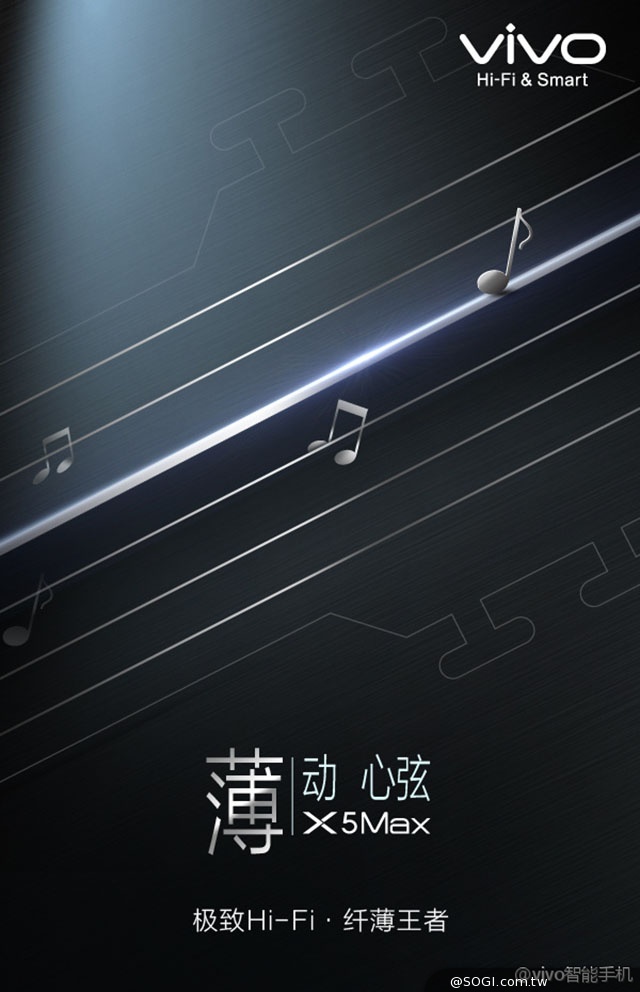 The Oppo R5 is the champion now, at 4.75 mm in waistline, but not for long, as the X5Max is coming hard, with the same thickness. The recent certification of the device in China revealed extra details, including HiFi acoustics, a 5.5 inch Full HD display and an octa core 1.7 GHz processor. We’ve got 2 GB of RAM inside, 16 GB of ROM, a 5 megapixel front camera and a 13 megapixel back shooter.

The poster below seems to focus on the musical aspect of the phone and it’s a smart idea to sell an ultrathin HiFi phone as a music handset, since traditionally such products have been pretty thin. I wonder why big companies don’t boast with decibels reached by their phones or the size of their speakers. Is it because BoomSound can’t be rivaled?