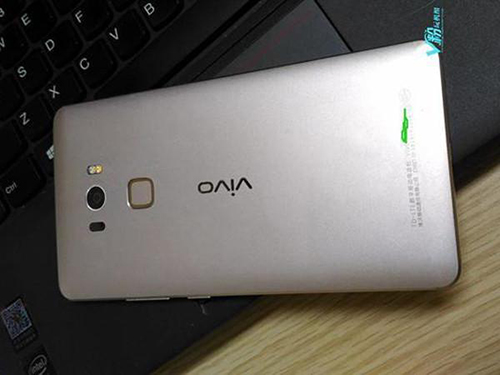 The Vivo Xplay 5S is a handset that has been long time coming and today we get a new leak related to it. The device is said to pack a Snapdragon 820 processor and 4 GB of RAM and that has been proved by the AnTuTu benchmark in which it leaked. Specs are different a bit compared to the last leak.

It appeared in this benchmark under the codename PD1516A, with a Quad HD 5.5 inch display, 64 GB of storage and 4 GB of RAM. Other specs include an 8 megapixel front camera, a 16 megapixel back shooter and Android 6.0 as the OS. The core of the leak remains the Snapdragon 820 CPU, which frankly speaking we knew it was present on this handset. 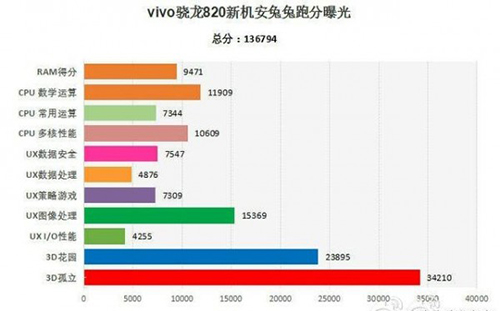 The score is also impressive, 136.974 points, even though AnTuTu has a tendency to exaggerate scores in version 6.0. Vivo’s new machine is rumored to also bring a 4000 mAh battery and this company also usually provides high end acoustics, so HiFi and Dolby should also be here. 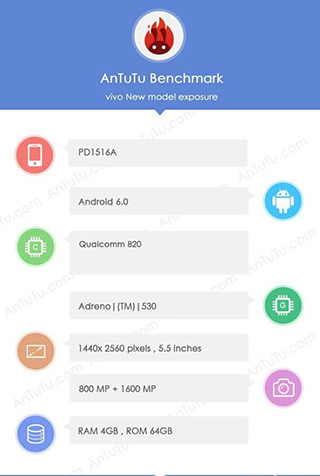