The Vivo Xshot handset has leaked before, but this time we learn more about its camera features. This model may end up as a pretty important Android cameraphone, since there aren’t many devices with 20+ MP resolutions and this platform on board. And now let’s see more of its camera features. 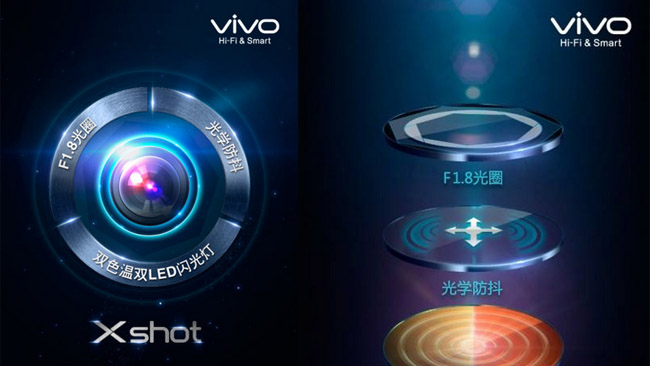 The pictures shown here were leaked via Weibo and they detail the camera of the handset. This is supposed to be a 24 megapixel shooter with F/1.8 aperture, dual LED flash and Optical Image Stabilization. The handset has the ability to record 3D clips and it even does 4K video capture. The front camera on the same smartphone has a 7.68 MP sensor and the rest of the specs isn’t bad at all.

The Vivo Xshot has a full HD or 2K screen, a Qualcomm Snapdragon 801 quad core chip and 3 GB of RAM. 32 GB of storage will be on board and for now we have no idea if this model will ever reach the international market or not. Fingers crossed for that to hope… Apparently, there’s also a camera button on board.