First shown at CES 2011, Vizio’s new Android smartphone hasn’t been detailed till now. However, we’ve just found out that FCC has given its blessing for this device, that bears the model name of VPHN1044G. Supposedly, this model packs a 4 inch 854 x 480 pixel LCD display and more specs available after the break. 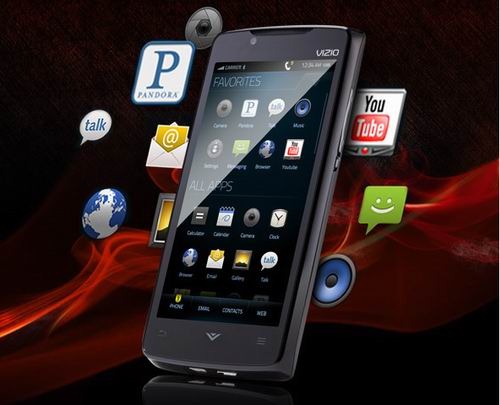 We’re dealing with a handset that sports a 1GHz Snapdragon CPU, 4GB of internal memory and expandable memory as well. As far as software is concerned, Android 2.2 or 2.3 is what you get, plus a custom UI from Vizio, very much resembling Honeycomb’s interface. The FCC filing that gave out all this info also mentions support for GSM 850 and 1900 bands, plus WCDMA bands II and V, so this is AT&T material.

An infrared receiver also made its way onto the specs list, so this handset can become an universal remote with ease, provided that you own Vizio’s TVs or other gadgets made by the company.