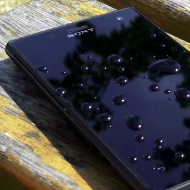 As you may already know, this week Sony announced two new phones, the Xperia Acro S and Xperia Go, with the latter being rebranded to Xperia Advance in the USA. Both are waterproof models and the bad news here is actually that Sony Xperia Acros S, the one with the better specs might not make it to US soil.

This is a high end Android 4.0 smartphone with a 4.3 inch 720p HD scratch resistant mineral glass display and Mobile Bravia engine technology. At the back it has a 12 megapixel camera and inside there’s a dual core 1.5 GHz processor and 1 GB of RAM. This model will be available in black, white and pink in Europe and Asia for starters.

Xperia Acro S was announced for release in Q3 and the official sources list the phone as “not currently planned to come to the US”. Well, at least you can get your consolation from the Xperia Advance/Go and its 5 megapixel camera. Or maybe the Xperia Ion, with specs that are pretty close to the ones of the Xperia Acro S.