The Verizon iPhone was a hot topic about two weeks ago, but silence was all we got when it came to the white device over the last few days. Now, the handset is back, with a leak that includes the following image, uncovered by the folks of Covering Web. This is the white iPhone 4 we’ve been seeing lately, with its 3 specific attributes that point towards Verizon. 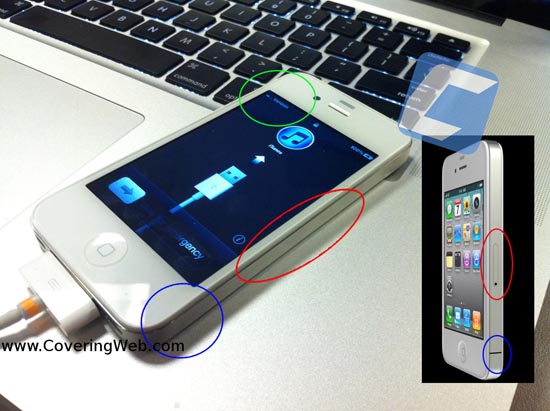 These attributes are circled in color in the image above and they go something like this: missing SIM Card slot, redesigned antenna band and the Verizon name mentioned on the screen. Following-up to this rumor, we found a tweet from the Verizon Careers account confirming that the iPhone is soon coming to The Big Red.

Of course, the image above can be a fake and the tweet can be a mistake, but not everything at the same time… Too many coincidences and evidence points towards the existence of the Verizon iPhone 4, so we’re about to witness its launch either in early 2011 or at Christmas time.