Home Android WICO C1 is a LG G3 Clone With the Thickness of a... 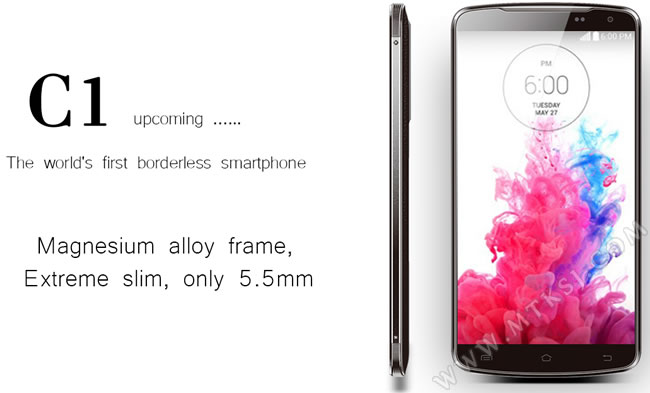 WICO gained some quick popularity when they created an iPhone 6 clone that was pretty well made and now they’re making the news again, this time with a LG G3 clone. The device is dubbed WICO C1 and it’s shown below. We’re dealing with an ultraslim smartphone by the way.

The C1 is supposed to be as thin as the Gionee Elife S5.5, so that means it measures around 5.55 mm in thickness. It’s also supposed to have no screen “borders”, so we’re dealing with an edge to edge display device here, apparently. In spite of the very slim waistline, WICO somehow managed to integrated a 3050 mAh battery here, if the specifications are real. We also get a 5.5 inch 720p display, a 13 megapixel back camera and an 8 megapixel selfie cam.

There’s a MediaTek processor inside, probably an octa core one and other than that we have no specs for this model. Putting a 3000+ mAh battery on an ultraslim phone is a feat that could draw the attention of major device makers, who could learn a thing or two from this company, once again if the specs are real.