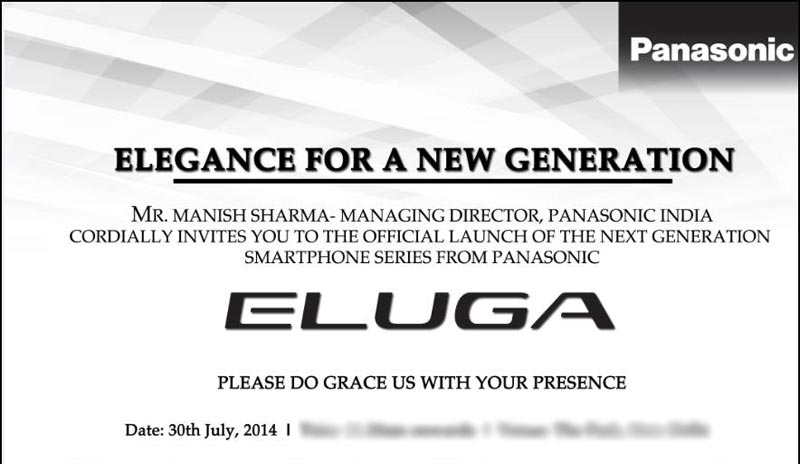 Panasonic has a smartphone series called Eluga, that will come to India starting with the end of this month. On July 30 the devices will debut officially and they are expected to bring an elegant design combined with midrange specs and IP57 certification. 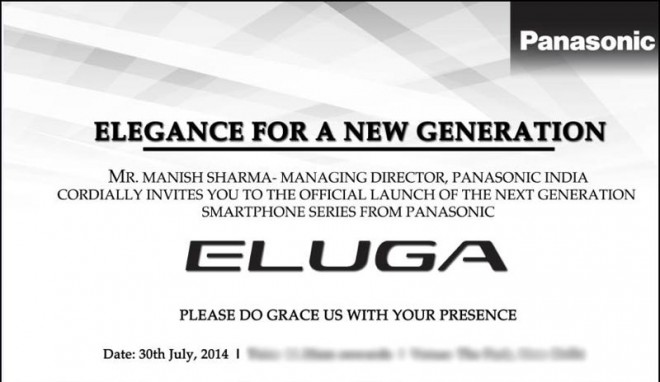 I remember the Eluga devices being a big deal at MWC 2013, but we haven’t heard much about them since. Panasonic has already launched the Eluga DL1 and the Eluga Power in Europe and I expect to see those or maybe other models in India soon. The Eluga DL1 comes with a 4.3 inch OLED display with a 960 x 540 pixel resolution, a 1 GHz dual core processor, 1 GB of RAM, 8 GB of storage and a 1150 mAh battery.

This handset is both dust and water resistant and the Eluga Power comes with a bit higher end specs, like a 5 inch 720p display, a 1.5 GHz dual core CPU, 1 GB of RAM and 8 GB of internal storage. It also has a microSD card slot, a 1800 mAh battery and IP57 certification. In about 4 days we’ll learn more about Panasonic’s plans in India.