We’ve seen Windows 95 on the iPad, Windows XP on some ubercool smartphone out there and even Android ported to the iPhone. This time, we have a look at a blast from the past, as Windows 3.1 gets up and running on the Motorola Droid handset. 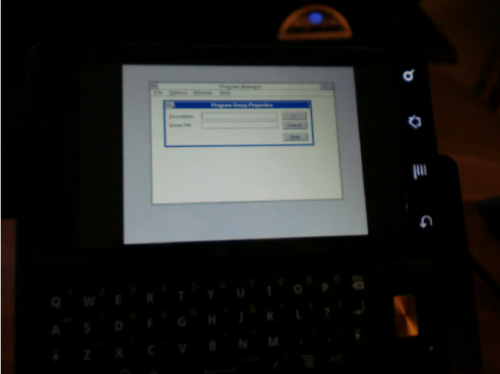 We’re dealing with a port performed by Shawn McHenry for kicks, courtesy of an emulator running on Android. McHenry used a DOSBox emulator and brought the “ancient” OS to the Android platform on the Moto Droid.

Directions on how to pull this out are available on the man’s blog and we learn that he also experimented with running Doom and Heretic via the same emulator. Windows 95 is the next step, now!