Bad news for Windows Mobile 6.1 smartphone users: turns out that Microsoft has announced that Marketplace won’t be supported on these devices. However, you should know that WM 6.1 can be upgraded to version 6.5, the minimum required specs being a 400 MHz CPU and 128 MB RAM on the device that will get the upgrade. 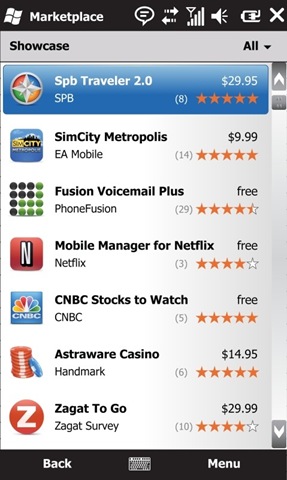 Still, there’s the issue of the handset’s manufacturer, who has to agree with this upgrade, so companies like HTC will get the credit or the blame for the lack of Marketplace support.

There’s still a good piece of info in Microsoft’s announcement: the Facebook app will hit WM 6.1 pretty soon, in both Standard and Professional editions.