CNN did an excellent piece of the upcoming Apple event, WWDC 2010, that’s scheduled for June 7, up to the 11th. Taking place at San Francisco’s Moscone Center, this event will probably see the new iPhone getting announced, which doesn’t seem that much of a deal now that the handset has been leaked and seen by the whole world. 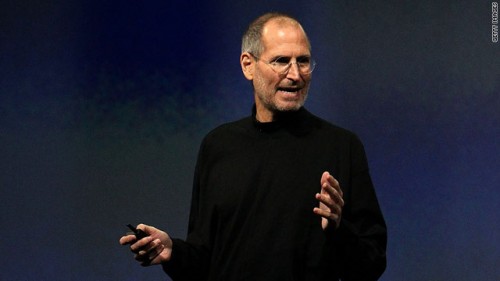 In spite of the leak, Steve Jobs promised a customer that he won’t be disappointed by the announcements that will follow, so Apple might have a couple of tricks up its sleeve. While last year, Wired.com predicted the introduction of a new iPhone and new MacBooks, plus the Snow Leopard OS and they were spot on, let’s see what the predictions for 2010 are.

CNN claims that we’ll be seeing a new iPhone, obviously plus “something big in relation to streaming video”. The Verizon iPhone gets dismissed once again, like it does ever year now, as well as a possible pack of Microsoft iPhone OS developer tools. As far as the new iPhone is concerned, we know all there is to know about it: aluminium case, thinner design, front camera, high res screen, camera flash and iPhone OS 4.0.

All of these were confirmed as Gizmodo and a Vietnamese blog spilled the beans on the iPhone 4G prototypes they managed to get. What’s really interesting and tough to speculate on, at this moment is the supposed glass case at the back of the phone, possibly supporting touch-sensitive control, while in the user’s pocket.

WWDC 2010 will also be the perfect time to get more info, if not the full list of features for iPhone OS 4. Multitasking is possibly the most interesting one, followed by the widget interface and tethering for AT&T clients. We’ll just have to wait and see till June 7th…