Home Android Xiaomi 2se is a New 4.3 Inch Phone That Follows the iPhone... 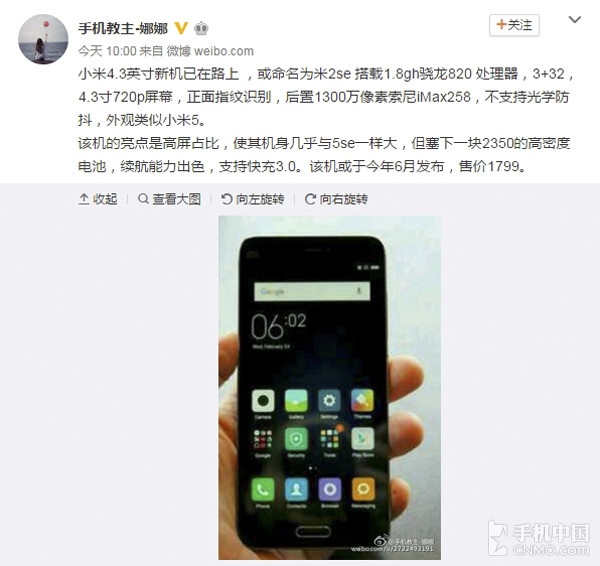 As usual, Apple is starting trends with its phone launches, so after the iPhone SE, today we come across the Xiaomi 2se, a handset with a smaller than usual diagonal. The device appeared on Weibo, with a partial specs list.

It has a 4.3 inch diagonal, atypical for the modern world that fancies phablets so much. It provides a 720p resolution and apparently has a Snapdragon 820 processor, although that feels strange, considering this size. 3 GB of RAM and 32 GB of storage are also mentioned, plus a 13 MP back camera and a 2350 mAh battery with fast charge support.

A fingerprint scanner is integrated upfront in a Home button that feels a lot like the ones on Samsung devices. The rumored price tag here is $276 and a June release is expected for this model. Expect even more phones with this size to appear over the following months, continuing the trend of the iPhone SE.