Home Android Xiaomi Mi 4i Pops Up in Real Life Hands on Image, With... 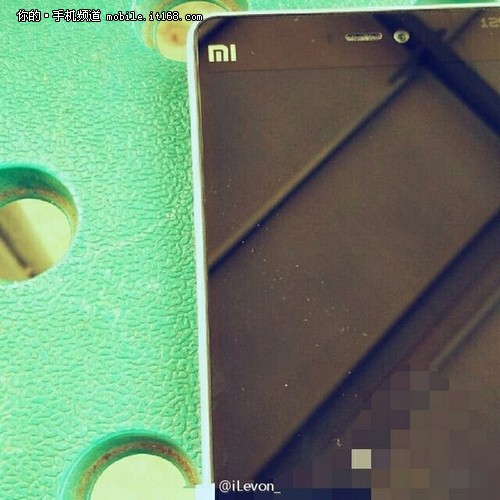 Xiaomi has been preparing new products and launching them ever since their 5 year anniversary and now it’s getting busy with a new handset. Tentatively named Xiaomi Mi 4i, the product has leaked in the hands on shots you can see below.

Last we heard, this company was also the author of an impressive feat, selling 2.1 million devices in a single day. Anyway, as they prepare the Mi Note Pro for sale next month, Xiaomi Mi 4i also gets ready for debut. It’s been known under the codenamed Ferrari for a bit and the hands on shot above shows us some really slim bezels.

The general format feels a lot like the one of the Mi 4 and the logo has the same placement. The sensors and front facing camera are positioned differently this time. Rumors say that the Xiaomi Mi 4i will debut in India first, with a 5 inch Full HD screen, 2 GB of RAM and 16 GB of storage. It will be powered by a Qualcomm Snapdragon 615 64 bit octa core CPU, clocked at 1.6 GHz.

A 13 MP camera will be present at the back with an LED flash, while upfront we’ll find a 5 MP shooter. Android 5.0.2 Lollipop is the OS here, with MIUI on top. An April 23rd launch is being thrown around.